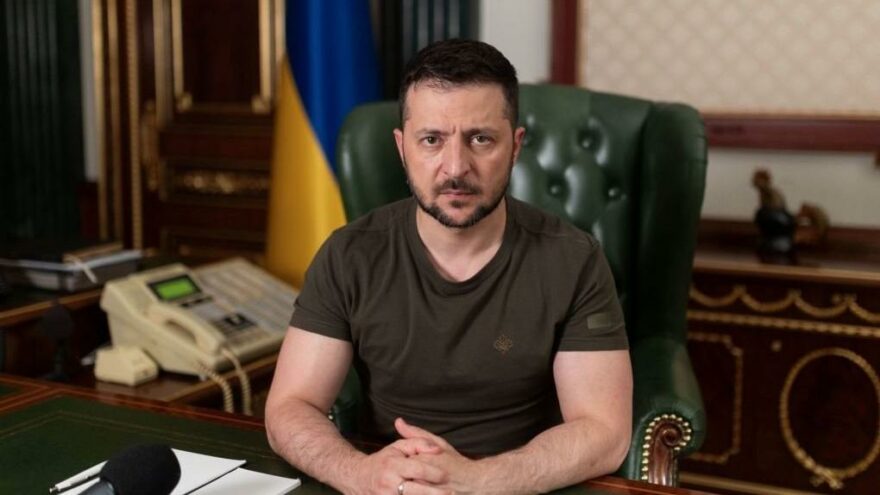 Zelensky said Russia targeted a public transport stop in Toretsk in the Donetsk region, killing eight people and injuring three children. “Unfortunately, today we have seen a completely different report from Amnesty International, which is trying to pardon the terrorist state and shift responsibility from the attacker to the victim,” he said.

Zelensky said there could be no conditions to justify any Russian attack on Ukraine – not even hypothetically. The aggression against our state is unnecessary, aggressive and outright terrorist. He said that if someone produces reports claiming that the victim and the attacker are the same, if some data is analyzed about the victim and what the attacker was doing at that time, it cannot be tolerated. .

Noting that about 200 religious buildings, about 900 health facilities, more than 2,200 educational institutions were damaged or destroyed in the Russian attacks, Zelensky said, “The occupiers deliberately fired water, artillery on people waiting for evacuation buses. And fired mortars. And public transport stops. The Russian military didn’t hesitate to attack the monuments and cemeteries of the victims of the Holocaust. Including the POW camp in Olenivka. And for some reason there are no reports about it. It is an unethical choice. Anyone who artificially makes reference to information that justifies or supposedly facilitates certain attacks by terrorists, should realize that it helps terrorists. If you give manipulative reports, you share the responsibility of people’s deaths with them (criminals).