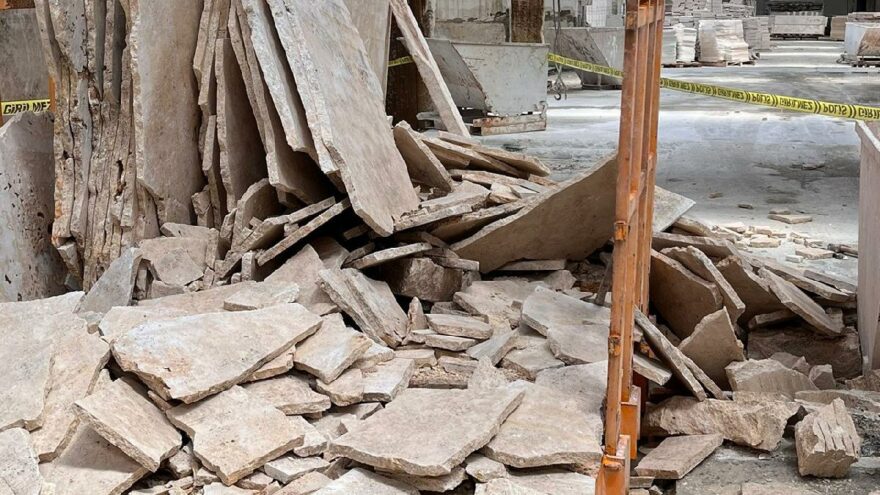 The incident took place at a marble workshop in the Tatlikk neighborhood of the Karate district at around 12:10 am today.

The marble blocks that were intended to be transported by crane were dropped. Meanwhile, Yahya Ahmet, a married father of 5 children, was found abandoned under overturned blocks.

On the information of his associates, the police and medical team were dispatched. Yahya Ahmet, who was rescued from under the marble blocks, died despite the intervention of health officials. The investigation into the incident is ongoing. (DHA)