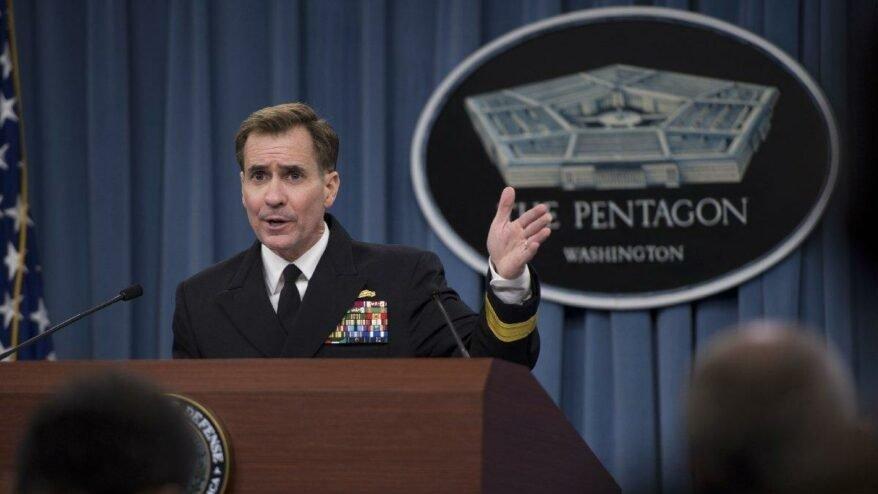 Emphasizing that Pelosi’s visit to Taiwan did not change US Taiwan policy, Kirby said, “Of course, nothing about our one-China policy guided by our Taiwan Relations Act, the three US-China joint declarations changed.”

Stating that China is prepared to respond in the coming days, possibly with military provocation, Kirby said, “We said we do not support Taiwan’s independence and we said we would resolve differences between the straits.” hope to do. by peaceful means. Simply put, there is no reason why Beijing should turn a potential visit into some sort of crisis or conflict, in line with long-standing US policy, or that it should be viewed as increasing aggressive military activity in or around the Taiwan Strait. should be used as an excuse.

The news is based on Taiwanese media diplomatic sources claiming that Pelosi is expected to land at Songshan Airport in the capital Taipei tomorrow at 22:30 local time. It was also claimed that Pelosi would meet Taiwan’s leader Tsai Ing-wen and some senior officials at 08:00 on Wednesday and leave the country in the afternoon. The news also mentioned that Taiwan’s security units would take the highest level of security measures for Pelosi’s visit.

Taiwan was not listed

Ahead of Pelosini’s much-anticipated Asian trip to Singapore begins today, Pelosini’s office said in a statement yesterday, while Singapore, Malaysia, Japan and South Korea were included in the itinerary, Taiwan was not mentioned.

In a statement made by the Chinese Foreign Ministry, it was reiterated that the Beijing administration strongly opposes Pelosi’s visit to Taiwan. In his assessment on the subject, Foreign Ministry spokesman Zhao Lijian said that China would take drastic measures to protect its sovereignty and territorial integrity, and that the Chinese military would “sit down” and “sit down” Pelosi’s visit, adding that “we will respond to any situation”. are fully prepared for the contingency.”

Hu Xijin, a former editor-in-chief of the Global Times, one of the ruling Communist Party’s media arm, said on his social media account that Chinese warplanes could interfere with Pelosi’s plane. Journalist Hu said, “Our fighters must adopt all coercive methods. If these are still insufficient, I think it is appropriate for them to shoot down Pelosi’s plane.” Hu later announced that he deleted the post after his Twitter account was shut down.