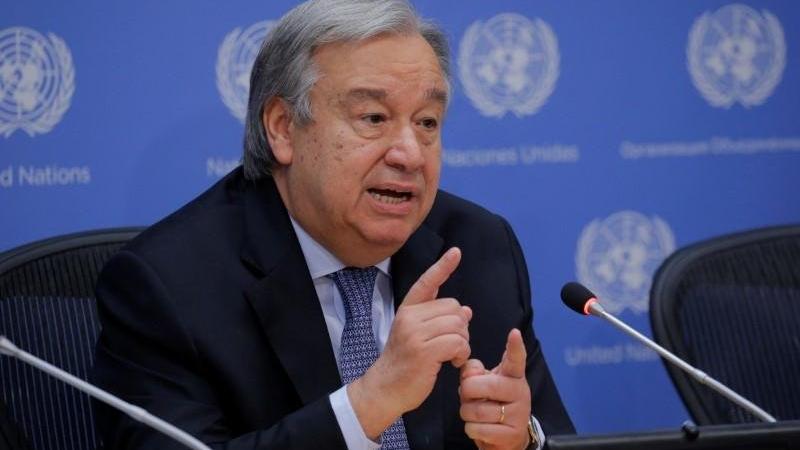 United Nations (UN) Secretary-General Antonio Guterres said that thanks to the work of the Joint Coordination Center set up in Istanbul, the first grain-carrying ship left Ukraine today. Underlining that export of grain from Ukraine has not been possible since the start of the war, Guterres said, the first commercial ship to leave Odessa port since February left for Lebanon with 26,527 tonnes of corn. It is an achievement of the Joint Coordinating Center under the auspices of the United Nations, which includes representatives from Ukraine, Russia and Turkey.

Thanks to Turkey from NATO

NATO Secretary General Jens Stoltenberg made important statements about Razori, who left the Ukrainian port of Odessa and headed for the Lebanese capital Beirut. Stoltenberg, expressing that they welcome the first shipment of grain, I welcome the first shipment of Ukrainian grain from Odessa under the agreement reached by the United Nations (UN). I would like to thank our ally Turkey for this important role. NATO allies strongly support the full implementation of the agreement to alleviate the global food crisis caused by Russia’s war in Ukraine.

Russia announced that the Joint Coordination Center established in Istanbul within the framework of safe grain exports from Ukrainian ports began its activities on 26 June. In a statement made by the Russian Defense Ministry, the Joint Coordination Center began its work in Istanbul in accordance with the provisions of the Consensus Initiative on the Safe Transport of Grain from Ukrainian Ports. It was said that an advanced Russian expert group would go to Istanbul and work in a quad format would start from today.