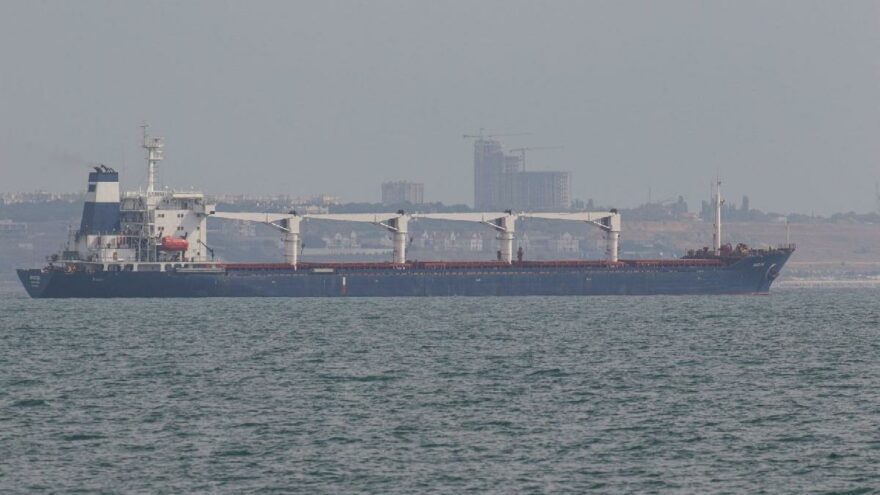 A statement was made from the United Nations (UN) Ankara Office regarding the launch of a dry cargo ship named M/V Rajoni from Odessa Port.

It was stated that the Joint Coordination Centre, which accepted the specific coordinates and restrictions of the Safe Human Seaway Corridor, communicated these details in accordance with international navigation procedures. It was noted that all participants of the Joint Coordination Center were requested to inform their military and other concerned authorities for the safe passage of the ship.

M/V Rajoni will carry over 26 thousand tonnes of corn, emphasizing that before the Joint Coordination Center approves sailing, the ship’s travel capacity and Odessa port readiness are also confirmed. After departing Odessa, it is expected to arrive at the observation location in Turkish territorial waters on 2 August. After inspection, the ship will depart for its final destination, the Lebanese port of Tripoli. The Joint Coordination Center will monitor the safe passage of the ship through the Safe Human Seaway Corridor.

The Coordination Center was established in Istanbul on 27 July within the framework of the Black Sea Grain Initiative. Centers formed by officials from Ukraine, Russia, Turkey and the United Nations; This will ensure the safe transportation of grain, other foodstuffs and fertilizers to the world by commercial ships from Ukraine’s three main Black Sea ports.