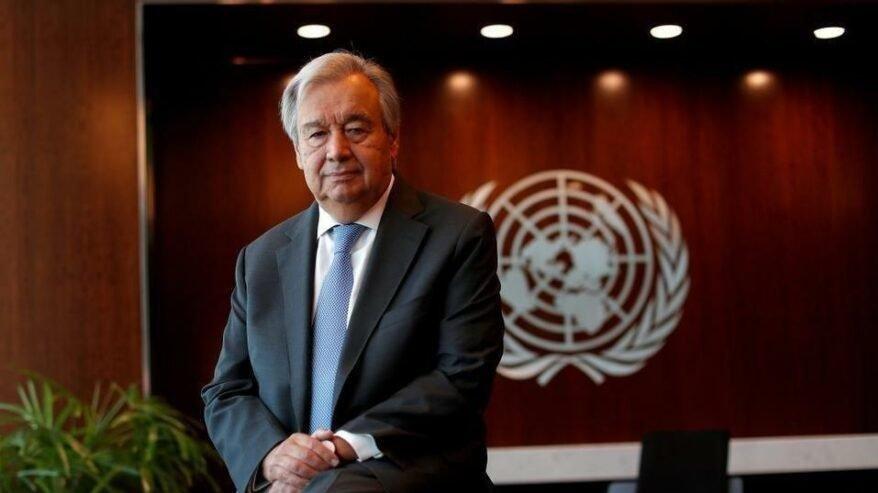 UN Secretary-General Antonio Guterres thanked Turkey for the first grain ship to leave Ukraine. Guterres, who delivered the opening speech of the UN meeting, expressed his gratitude for Turkey’s efforts and leadership in resolving the grain crisis, which could not be shipped from Ukraine due to the Russian blockade, and Rajoni was the first to depart from Odessa Port. became a commercial ship. From 25 February. The ship, which is scheduled to reach the inspection site in Turkish waters tomorrow, will leave for Lebanon, the final destination after the inspection. The Rozani, a merchant ship, is short of cargo. He said the ship’s final departure is the first concrete result of the Black Sea Grain Initiative.

Guterres, this is a tremendous collective achievement of the Joint Coordination Center established in Istanbul last week. Representatives from Ukraine, Russia and Turkey worked together under the auspices of the United Nations. It is his dedication that Rozani was able to leave Odessa safely. “I appreciate these efforts and I am grateful to Turkey for its leadership,” he said.

It will bring relief and stability to global food markets

Stating that the first grain ship from Ukraine was an important step, Guterres said, so today is an important starting point. It should be the first of many commercial vessels to bring comfort and stability to global food markets. This initiative will bring relief and stability to the global food markets and help in tackling the global food crisis. He said that it is a human imperative to ensure that developing countries have access to food grains and fertilizers and all other food items at reasonable prices.

More details about tonnes of wheat from Ukraine will be shared in the coming days, Guterres said. As this tragic war continues, the United Nations works every day to help the Ukrainian people. For those who are suffering, the effects of this war must come to an end. He said that peace should be established in accordance with the United Nations and international convention.

I will visit to stop the spread of nuclear weapons

Guterres also called for an end to nuclear weapons. Guterres, the importance and urgency of this long-pending conference remains. The climate crisis, inequalities, human rights violations and the personal and economic devastation caused by the COVID-19 pandemic have exposed some of the greatest stresses our world has ever faced. And they came at a time of nuclear threats not seen since the height of the Cold War. “So over the next few days I will be in Hiroshima on the anniversary of the first atomic bombing in human history, and then I will visit other countries in the region whose agenda includes non-proliferation,” he said.

At present there are about 13,000 nuclear weapons everywhere in the world.

Guterres said that nuclear weapons are again becoming a threat. Competition is preferred over cooperation. There are currently about 13,000 nuclear weapons in the world. We need the Non-Proliferation Treaty now more than ever. “This is an opportunity to highlight measures to help avoid certain disasters and lead humanity towards a nuclear-free world,” he said.

New commitments must begin to reduce the number of nuclear weapons of any kind.

Stating that eliminating nuclear weapons is the only guarantee that these weapons will never be used, Guterres said, “We must work tirelessly towards these goals. He added that reducing the number of nuclear weapons of all kinds.” New commitments must be made to do so.