According to the data announced by the Ministry of Health, an average of 52 thousand 203 cases were reported daily during the period 18-24 July.

The cases last week increased by 61 per cent as compared to the previous week. The rate of increase in weekly deaths was 63 percent. Cases increased 14 times and deaths 3 times in July as compared to June.

The TTB made the following assessment in relation to the declared figures:

*According to Health Ministry data; The number of daily cases has increased from 30 thousand to more than 50 thousand, the death toll is increasing continuously.

* Our people in risk groups are sacrificed in situations where public health measures are abandoned. What is expected of action? 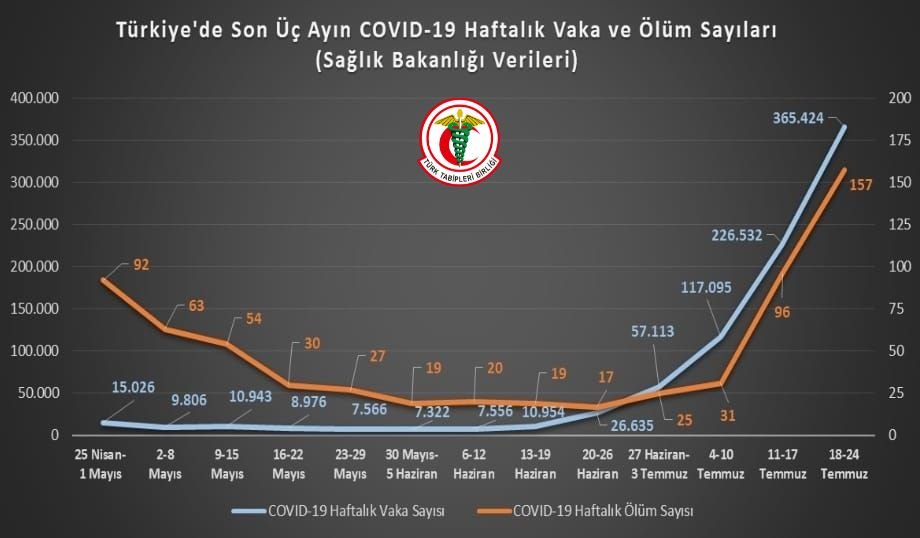