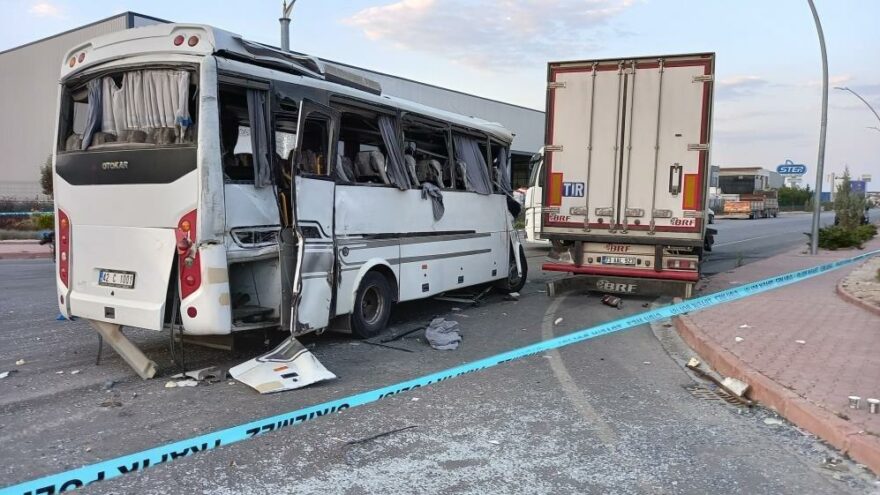 The accident took place at around 18.30 in the Central Selkuklu District of the Buyukkayai District Industrial Area. According to the information received, Usman. A service carrying workers from a company producing agricultural machinery with 42C 1001 plates under his administration collided with a 73 AAL 926 plate truck under Abraham Kay’s management.

Health and police teams were sent to the spot after the accident was reported. In the medical teams’ first response, it was determined that worker Ahmet Baikal, who was in service, had died, and that 25 people who were injured in the minibus were taken by ambulance to hospitals in the city center and treated.

After investigation by police teams at the scene, the body of Ahmet Baikal, who lost his life in the accident, was taken to the morgue of Konya City Hospital. The investigation into the accident has been started. (UAV)