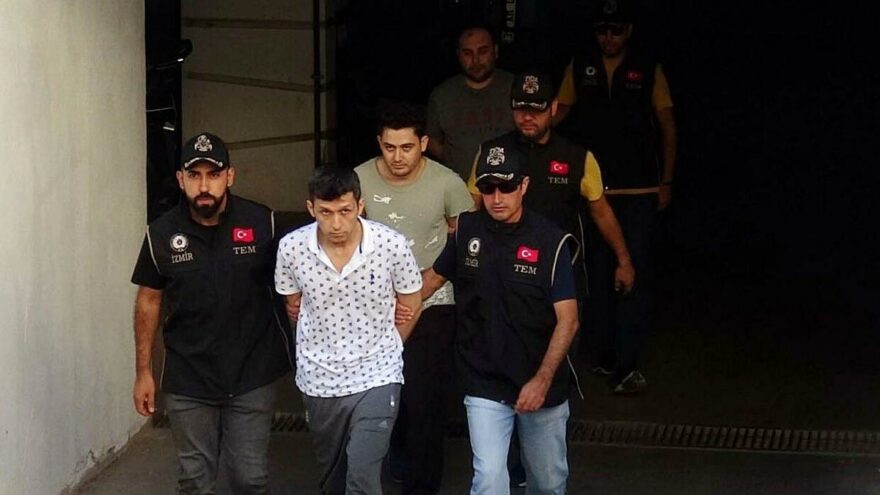 Within the scope of the FETO/PDY investigation conducted by the Office of the Chief Public Prosecutor of Izmir, detention warrants were issued for three dismissed first lieutenants who were found to be preparing to flee abroad, in accordance with instructions given by the organization. He was living in houses called Gebubet and continued his organizational activities there.

Following the decision, teams from the Izmir Provincial Security Directorate Anti-Terrorism Branch and Intelligence Branch Directorate carried out an operation at the specified address.

During the operation, three former First Lieutenants were detained with fake IDs. In the search conducted at the address, 4 fake IDs of other countries, 6 thousand 359 TL, 17 thousand 965 euros, 500 dollars and many digital materials were seized. The proceedings of the accused are on. (DHA)