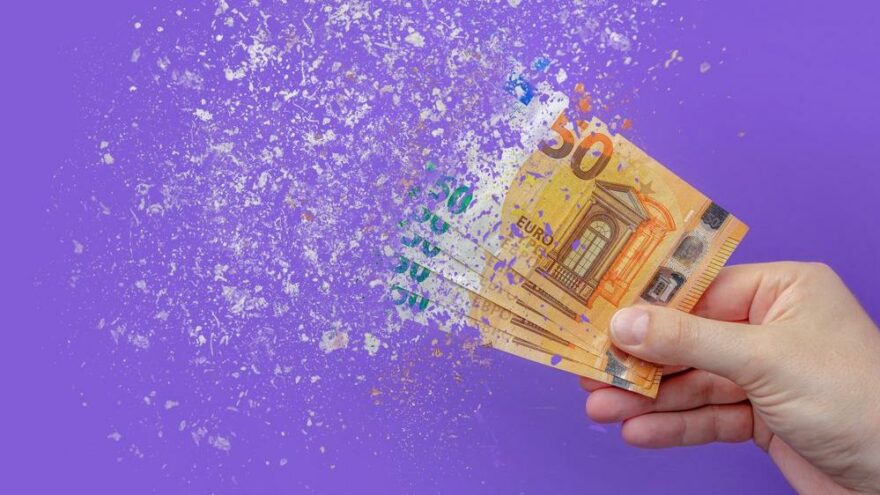 The euro, which this year saw its lowest level in 20 years, remains under pressure as the European economy slides into recession. The euro turns into a currency avoided due to its depreciation.

According to a Bloomberg report, the euro, which has fallen to a historic low, is currently hovering just above this level. The eurozone currency has fallen more than 10 percent against the dollar this year, and many analysts believe further depreciation is likely.

Economic pessimism is largely due to interruptions in Russian energy supplies, which threaten the German economy. Switzerland-based bank Credit Suisse sees a 50 percent chance of the eurozone going into recession in the next six months. US-based Goldman Sachs, on the other hand, says a recession may already be at the door.

Italy is a major concern in Europe, especially because of the political turmoil that led to the departure of Italian Prime Minister Mario Draghi, is on the agenda. SP Global Ratings has lowered its outlook on the country’s debt, and the gap between Italian bond yields and German bonds, a key risk indicator, is at its highest level since 2020. Although the prospect of Italy leaving the euro is seen as less likely, the potential position is reflected in the CDS (Credit Default Swap).

Euro in worst shape since 2012

US-based JPMorgan Chase and Netherlands-based Rabobank think 1 euro could be as low as 95 cents, given the risk of Europe’s energy crisis. According to a Bloomberg survey, 1 euro is estimated to be $1.06 at the end of the year.

However, despite all the negatives, there is little talk that the sector is heading towards an existential crisis, as it did 10 years ago. At the time, higher debt levels and rising bond yields prompted speculation that the sector could be isolated. These speculations led to Draghi, who was then president of the European Central Bank (ECB), to say “he will do whatever he can” to protect the currency.

Dividing is an extreme idea at the moment and the ECB is moving quickly to keep the markets under control.

‘There are good and bad elements compared to 10 years ago’

Thomas Fiotakis, a senior executive at UK-based bank Barclays, said: “The situation is worse in some cases than it was 10 years ago, in other cases it is better. A less damaging problem for the integrity of the euro as a currency. However , economic growth may be a bigger problem than it was at the time.

Much of the currency’s depreciation is linked to a mix of a weak economic background, slow growth and rising inflation.

On the other hand, while the ECB raised interest rates by 50 basis points last week, the US Federal Reserve (Fed) tightened it more than four times this year, raising a further 75 basis points on Wednesday.

In addition to this month’s rate hike, the ECB announced a new tool to contain the spread between countries’ lending rates.

“The main risk today is inflation,” said Nicholas Forrest, one of the directors of Candrim Company. “The most important message was how the ECB can normalize the situation without creating a debt crisis,” he said.

The work of the ECB is getting more complicated because of Italy and this is not the first time. Elections will be held in Italy in September and this time the right-wing coalition seems to be at the fore. Bond prices fluctuate amid concerns over the policies of such an administration, making the ECB’s move difficult.

People close to far-right leader Giorgia Meloni say he plans to stick to EU budget rules if he comes into government. However, investors see little chance that Italy will back down from its commitments and jeopardize access to the EU’s nearly €200 billion in funds.

This assistance is to be paid for under the NextGenerationEU programme. The program in question was created because of the pandemic and was a major breakthrough in financial sharing that has torn the EU from previous crises.

Rohan Khanna, a strategist at UBS Group AG, says the project marks the pinnacle of European integration and that Europe is already at a very different point than it was in the 2010s.