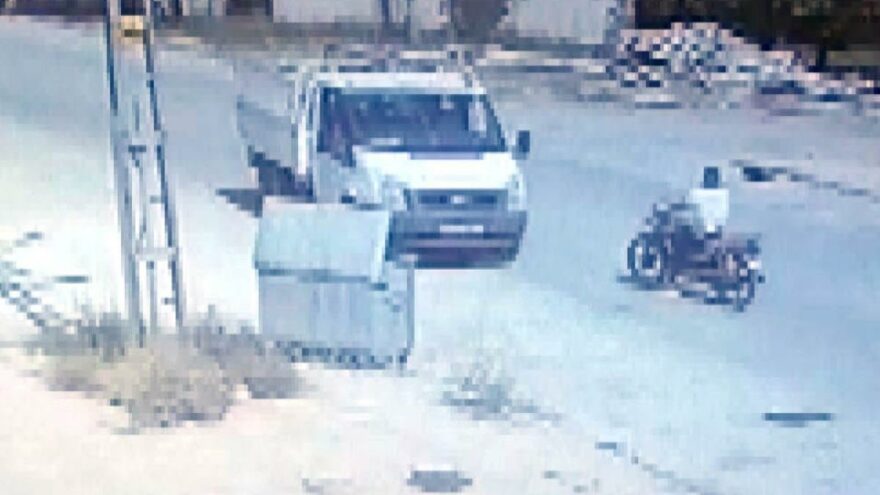 The accident happened in the evening in Orhangaji Neighborhood. In the incident, which was also recorded by a workplace security camera, Ahmed Elhamd, who was driving on Aldelek Street on his motorcycle with plate number 46 MH 038, hit the van with plate number 46 E 5270, The direction of the MT which was below, is coming from the opposite direction. On information, health and police teams were sent to the accident site.

Medical teams determined that Ahmed Elhamdeen died under their control. After an investigation at the scene, Ahmed Elhamdeen’s funeral was held in the morgue of the Elbistan State Hospital. While the moment of the accident was visible on camera, MT, the driver of the pickup truck, was taken to the police station to take a statement. (DHA)