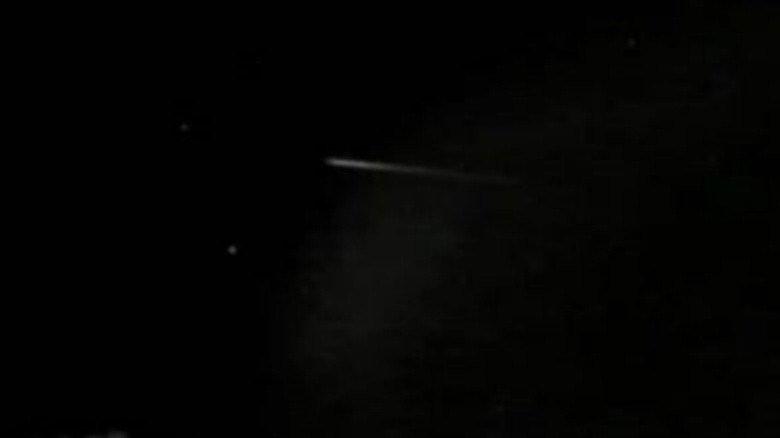 A meteorite that entered the atmosphere over Brazil’s skies last night turned night into day, while meteorites were seen from the states of So Paulo and Minas Gerais.

The meteorite was recorded by security and surveillance cameras in the vicinity. The Brazilian Asteroid Monitoring Network said the bright glow emitted by the meteorite took a long time to decompose.

Experts are trying to determine the points where the meteorite fragments fell. It is believed that fragments of the meteorite may have fallen in one of the cities of the pioneer, Mogi Mirim in So Paulo or Pocos de Caldas in Minas Gerais.