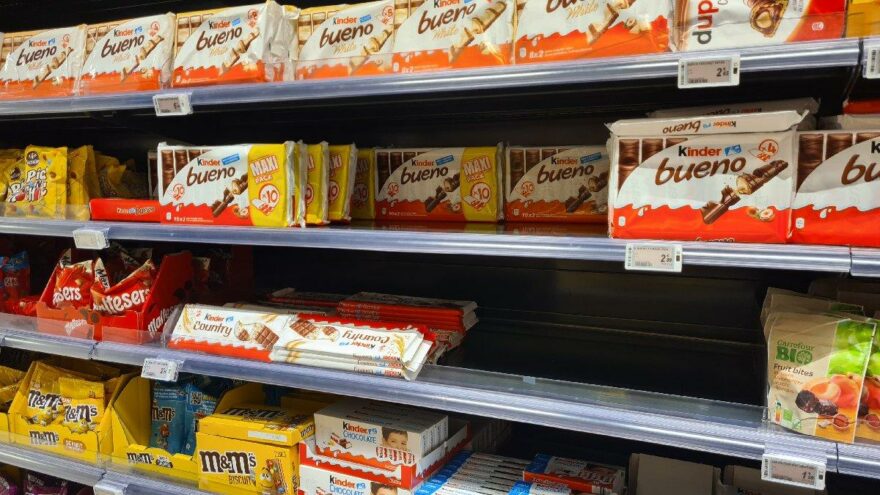 After salmonella bacteria were found in some products from Italy-based Ferrero chocolate factory, the products were taken off the shelves of UK markets in April. Since products produced at the factory in Arlon, Belgium, were withdrawn from markets, the surprise egg-shaped chocolates have not been sold in the UK.

Kansu Ozdemir, manager of Robin Food Market in England’s capital London, said that the first warning he received from officials at the Ferrero chocolate factory was simply a recommendation not to consume the products, while a short time later he received a warning from the Food Standards Agency (FSA) that the products should not be sold.

Izdemir said that in line with the call for authorities to withdraw Ferrero products, they decided to remove all chocolates belonging to the brand from sale. We wanted to put all products on hold until we followed the process and were sure of the safety of Ferrero products, not just limited to products with suspected bacteria,” he said.

A total of 101 cases in England

The UK Health Safety Agency (UKHSA) said in its latest statement published in May that there are 101 cases of salmonella bacteria in the UK, with the majority of cases occurring in children under the age of 5. The UKHSA announced that symptoms of Salmonella bacteria include nausea, diarrhea, vomiting, abdominal cramps, high fever, fatigue and chills.

The Food and Consumer Product Safety Authority of Belgium (FAVV) temporarily revoked the factory’s production license, due to the detection of salmonella bacteria at the production facilities of the Ferrero chocolate factory in Arlon, Belgium. After the Food Standards Agency (FSA) announced that the chocolate recall decision was a preventive measure, products were withdrawn just before Easter in Britain, Belgium, France, Germany, Ireland and Luxembourg. (UAV)