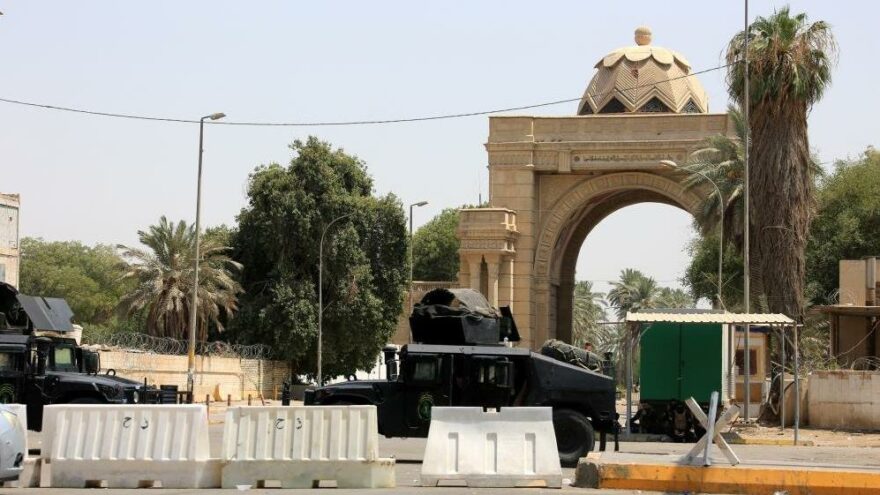 Violence continues in Iraq’s capital Baghdad, which began when supporters of Shiite leader Muktada Sadr broke through concrete barriers and entered the Green Zone, where government buildings and foreign mission representations are located. Supporters of the Sadar group continued to occupy the parliament building, but the coordination group, which had gathered under the umbrella of all Shia parties except the Sadar group, called on their supporters to protest yesterday.

Supporters of the Coordinating Commission to Support Legitimacy and Security State Institutions affiliated with the Coordination Group gathered near the Suspension Bridge in Baghdad at 17.00 local time and marched towards the Green Zone. The overcrowded group broke through the first concrete barriers set up by security forces in the Green Zone, where they had come, shouting slogans against Iraqi Prime Minister Mustafa al-Kazemi. Security forces intervened with water cannons after protesters tried to cross the second barrier in the Green Zone. It is being told that there have been injuries in these incidents.

Supporters of Sadr objected to the Iran-backed Coordinating Group, which assembles all Shia parties except Sadr, including former prime minister Nouri Maliki, to name Mohammed Shia al-Sudani as prime minister. They entered the green zone and stormed the Parliament building. The Sadar supporters then gathered again and occupied the Parliament House on 30 July.