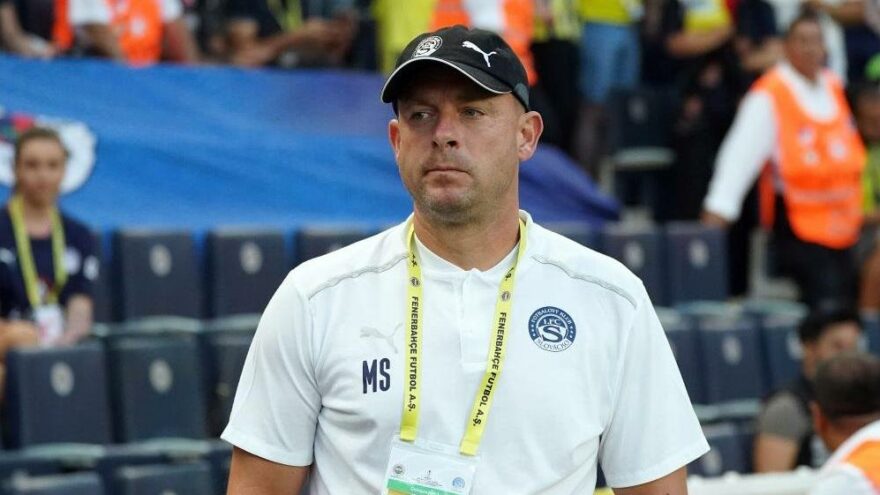 In the first match of the third qualifying round of the UEFA Europa League, Fenerbahçe defeated Czech representative Slovako 3–0. Slovako technical director Martin vedic, who made a statement at the press conference held after the match, said they could not convert their chances into goals.

The Swedes, unfortunately, on our part everything turned against us. Our goal was to continue without scoring in the first 20 minutes, but we could not do so. We got a few chances after the first goal, but we couldn’t convert them into goals. Two important developments took place. The first Fenerbahce scored a goal and the second was looking at the red card. I want to praise the whole team, they put up a good fight, but Fenerbahce was the party that put their weight in the fight, we couldn’t stop the goals. “It was a tough match, but we had a good experience,” he said.

We thought we could make a good match

The red card has affected our behavior

Stating that red cards have an impact on his strategy, he said, “I don’t want to comment on red cards right now. I need to look at the situation again, I don’t know if it’s fair. When we We had 10 guys, then we had to work harder. After scoring 2 goals, we should have controlled this match with fewer players. Unfortunately we couldn’t do that and we lost another goal. On Saturday we lost our league. I made the same mistake and scored a goal. “We want to learn from these experiences and play better in the next competitions,” he said.