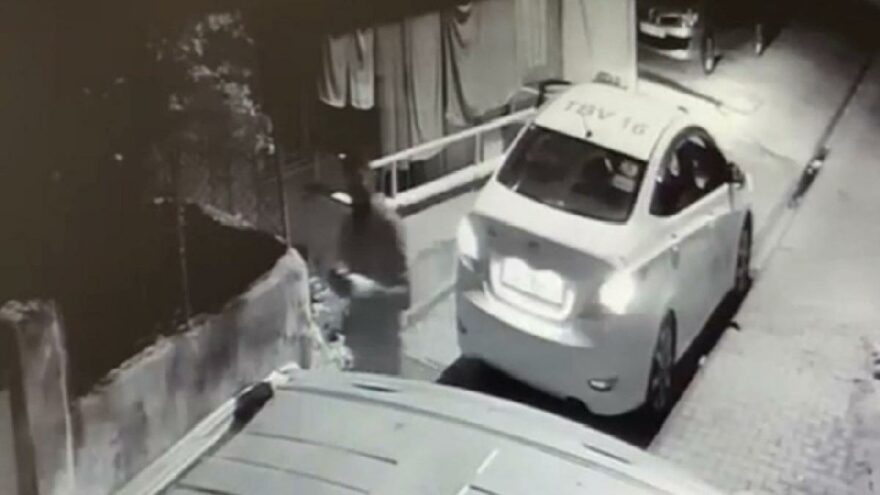 The incident happened yesterday at around 21:30 in çerenkoy district. Allegedly O.O. A person named who was sitting in the taxi got down from the taxi saying that he would go home and bring money after reaching his destination.

He saw the suspected taxi driver pretending to enter a building, waiting for him. On this the accused hit the taxi driver and fled.

That moment was captured in the security camera. Police has started investigation into the incident. (DHA)