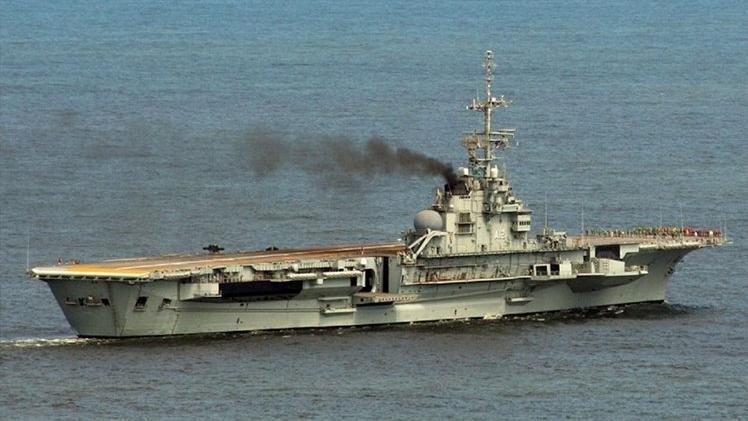 Aytun Ore, deputy and chief adviser of the IYI party Izmir, brought a question to Murat Kurum, the Minister of Environment, Urbanization and Climate Change, for bringing the Brazilian warship with asbestos. ray said the destruction of the Brazilian Navy’s nuclear warhead Nae So Paulo in Alaya, Izmir, which experts from the Ministry of Environment, Urbanization and Climate Change has called more than 600 tons of asbestos and close to 1300 tons toxic. Chemical waste, will cause irreversible damage.

“Our children’s future cannot be laid at the gambling table”

Emphasizing that there are serious and justified concerns among the public, especially the people of Izmir, Aire said, “It is clear that the effects of the dismantling of the said ship, which is planned to be carried out in Izmir Alisa, will be greatly Dangerous.It is particularly emphasized by academics, professional chambers, medical doctors, workers and environmental organizations that asbestos and all other chemicals on the ship will not only cause cancer, but also damage the ecology of zmir if carried out in this process. We will not allow our children and Izmir’s future to be put on the gambling table. This decision must be abandoned immediately.”

Aire said, “While other European countries, notably France, which produced the ship, and Brazil, the ship’s owner, dumped the ship, Turkey, one of 4-5 countries in the world, destroyed it.” This venomous ship, and destroy the asbestos ship, is no longer only available to Turkey from Europe. It raises the question of whether it will be directed,” he said. Reminding that half of the waste exported from Europe comes to Turkey, Ray said, “If you remember, it was a scam that circulated plastic waste from London in the last months and finally Arrived in Adana, an area without a recycling facility. Destroying the ship with asbestos, which will now come with the approval of the ministry, will put our public health and the ecology of Izmir in great danger. Turkey is not a garbage dump of other countries is and will not be.

Pointing out that 760 tons of mica were detected in the Nai So Paulo ship’s twin Clemenceau, Aire said, “Mr. Minister Nae So Paulo has 9 tons of mica. He explained what official data he calls these 9 tones. Those responsible for this reprehensible decision are also violating Article 56 of the Constitution. He said, “Whoever plays with the health of the public by lying, will not be able to avoid paying the price when the day comes.”

What is your relationship with the company for asbestic ship disassembly?

In the proposal presented by Murat Kurum, Minister of Environment, Urbanization and Climate Change, Aytun Ore asked the following questions:

*If the ship in question is destroyed in lisa, zmir, a detailed and scientific study has been carried out or carried out by your ministry about the negative effects on the health of the ship’s workers, sea, soil and all our citizens . Izmir? If a study has been done, would you share the results with the public?

*Which companies will be responsible for the dismantling of the Naa So Paulo ship and how much will they profit? What is your relationship with this company or companies?

* As much of Europe’s waste comes to our country for recycling, has the dismantling of Europe’s asbestos ships now diverted to Turkey? Are there agreements with countries on this issue?

*Do you consider revoking this dismantling for the benefit of the public, taking into account the legitimate concerns of scientists, environmental organizations, engineering chambers, medical doctors, and most importantly our citizens, who made a statement on the subject and Will the demand not be resolved in Izmir?