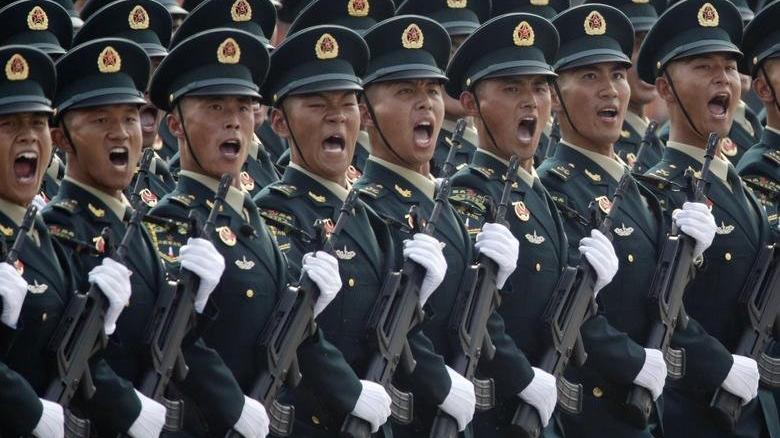 While tensions and polarization are rising in the world due to the Russo-Ukraine war, the crisis caused by Taiwan between China and the US is increasing in the Pacific. China, which has made a very harsh statement due to the possible visit of US House of Representatives Speaker Nancy Pelosi to Taiwan, announced that it has conducted military exercises in the Taiwan Strait.

It was said that the Chinese People’s Liberation Army was conducting a shooting exercise in the waters of the Pington Islands, 125 km off the Taiwan coast, and ships were warned not to approach the area. In the exercise, in which the Chinese Type 054A guided missile frigate took part, it was reported that the troops were preparing for battle.

The United States sent planes to the area

Meanwhile, it has been announced that the US Navy has directed the USS Ronald Reagan Aircraft Carrier Task Group to the South China Sea. US officials did not assess whether the ship’s movement was related to Pelosi’s visit to Asia.

The number three name of the US administration, Speaker of the House of Representatives, Nancy Pelosi, was canceled after she tested positive for COVID-19 to visit Taiwan in April. Although it has been announced that Pelosi will visit Singapore, Indonesia and Japan within the framework of her Asian visit, it is unclear whether she will travel to Taiwan. “It is important for us to show our support for Taiwan,” Pelosi said in her speech to the US Congress last week.

Chinese army will not sit and wait

China’s foreign and defense ministries made strong statements regarding Pelosi’s possible visit. Chinese Defense Ministry spokesman Wu Qian said that “the Chinese military will not sit and wait, but will defend the country’s territorial integrity and sovereignty.” US President Joe Biden also said that the military believes Pelosi’s visit to Taiwan is not a good idea.

On the other hand, Taiwan tensions were also on the agenda during Thursday’s meeting between Chinese President Xi Jinping and Biden, and Xi said Washington should stick to the one-China principle, and used expressions that avoid playing with fire. will burn itself.

Hu Xijin, former editor-in-chief of the Global Times, one of the Chinese Communist Party’s media organs, said Chinese warplanes could interfere with Pelosi’s plane in a post on Twitter. “Our fighter jets must use all coercive methods,” Hu said. “If these are still insufficient, then I think it is appropriate for them to shoot down Pelosi’s plane,” he said.

The expression “preparing for war” was used in a post from the official social media account of the 80th Group Army of the People’s Liberation Army of China. The post garnered close to 2 million likes on social media platform Weibo.

China considers Taiwan as part of its territory and while it wants to annex Taiwan in the name of “peaceful reunification”, it says it will not hesitate to use force for this purpose. In addition, official contact with Taiwan by other countries is seen by China as a “violation of sovereignty”.