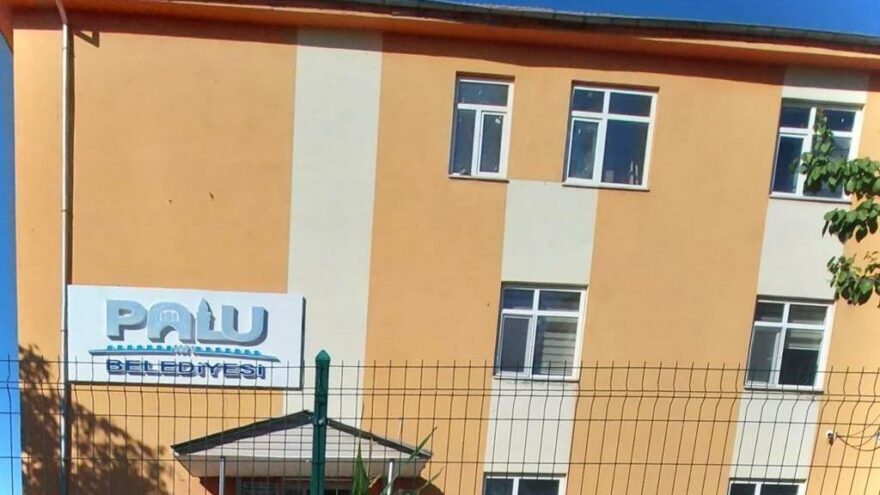 It was noted that as a result of the failure of the construction of the new city hall, where the Mayor of the Palu Municipality of Elazig, Bekir Yilirim, the city hall was demolished without the decision of the council, municipal work in condolence meetings continued. District.

Mehmet Kangal, the provincial head of the Deva Party Elazig, said in the condolence meeting that it was unacceptable to carry out the affairs of the municipal corporation and said that the municipal service building should be built in a transparent and methodical manner.

“Efforts are being made to do Municipality in conditional building”

Kangal from DEVA party said that AKP’s Palu Municipality always comes out with negativity, said, “Palu Municipality, whose service building was demolished sometime back, is remembered with poor management as usual As a reflection of the “I did it” argument to which we are accustomed to the AK Party administration, the City Hall was reportedly demolished without any council decision regarding the demolition, and even That the foundation of the new service building has not even been laid.So far.

When the construction of a new building is not started in the promised time, despite the fact that a well established district like Palu and the AK Party also has a large number of Palulu members, the district is not given that importance. Which he deserves, and the municipality is trying to do so in the mourning building, which is not worthy of service.

He said, “Since such an application is unacceptable in our ancient district hungry for service and genuine municipality, therefore, the eligible Municipal Service Building of the district should be made transparent and put into service at the earliest.”

Bekir Aydmir, an independent council member of Palu Municipality, said that the condolence meeting in the district was created by philanthropists and said, “Palu has a history of five thousand years, it is a mistake that in such a well-established district.” There is no municipal building. And that municipal functions are being carried out in the district’s mourning house. We expressed this position in Parliament, we discussed and we opposed it, but unfortunately the President said, ‘We want to destroy Will work.

The condolence meeting is used for the collection works of the municipality. Citizens are uncomfortable with this situation, those who are complaining about this situation are talking, but unfortunately, the solution has not been found. The Town Hall, which should normally be completed at the end of 330 working days, is still not built. When we asked about the latest situation regarding the construction of City Hall that day, the mayor said he had a job and would do it.