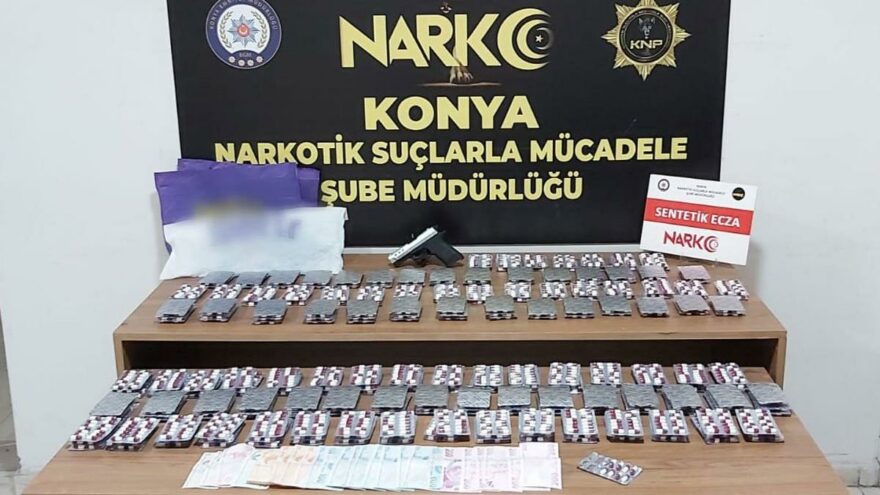 Police teams stop a vehicle on suspicion of drug delivery in Konya’s Selkkulu district, Yezir district. As the police officers approached the driver’s seat of the vehicle, keeping the target in mind, shots were fired at the policemen from inside the vehicle. As soon as the police took cover, the tires of the vehicle were damaged and the fire was brought under control. Suspects trying to escape with flat tyres were caught a block away.

Two suspects Mustafa A. and Mit., who delivered drugs to poison people in Konya and took the lives of police officers. The police took him into custody. During the search of the vehicle, 3,592 intoxicating pills, 2 thousand 440 TL money of criminal element and an unlicensed pistol of 7.65 diameter, which was fired in the back seat against the police, have been seized in the sack of the market during the search of the vehicle. . compartment and under the seat on the right.

he was arrested and sent to jail

The individuals who were transferred to the courthouse after their procedures at the police station were arrested and sent to prison, where they were charged with drug trafficking, attempt to murder and resistance to the officer in charge.