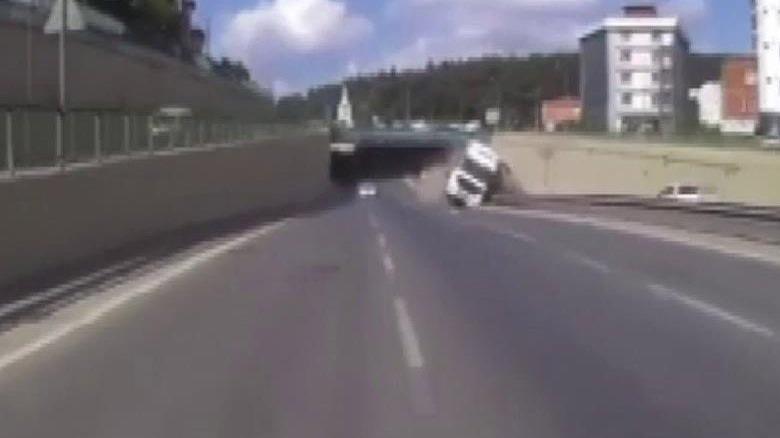 The accident happened at around 10.30 am on the Sekmekoy-Eil Highway in the direction of Eile. According to the information received, the excavator truck with plate 58 ABU 709 under the direction of Hussein Ozturk went out of control at the exit of the Tasdelen tunnel and collided with iron barriers. Then the driver of the dragged and overturned vehicle remained stuck at his place, while the piles of debris lying in the truck were thrown on the road.

The driver was pulled out of the place where he was trapped by firefighters and handed over to the medical teams. The injured driver was taken to the hospital after receiving first aid at the accident site. New footage of the accident has surfaced. It is seen in the footage that the truck laden with the excavator running on File Highway suddenly collided with the middle barrier and rammed into the barrier. (UAV)