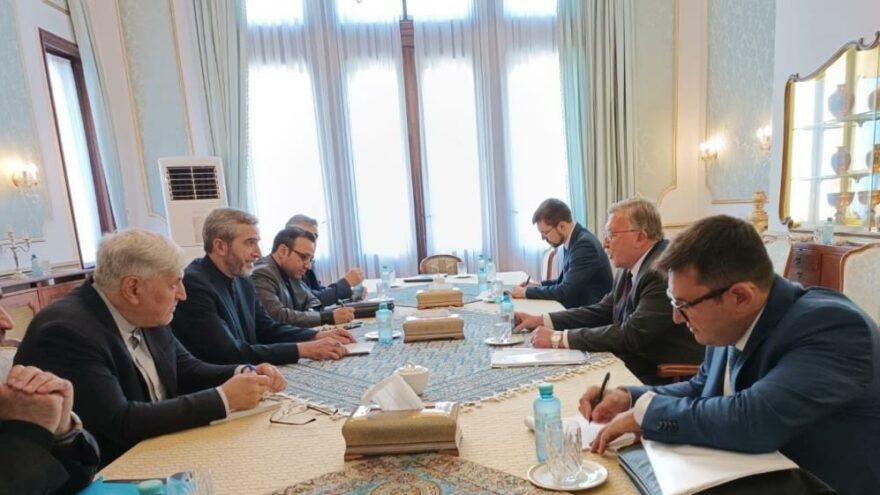 Talks between Iran, the United States and the European Union (EU) have resumed in the Austrian capital Vienna after months of returning to the Iran nuclear deal. According to reports in Iranian media, Iran’s chief negotiator Ali Bakiri Kani met with Enrique Mora, deputy secretary general and political director of the European Union’s Foreign Relations Service. Like other negotiations, the United States will not negotiate directly with Iran. Instead the parties will speak through Mora.

our expectations under control

“Our hopes are under control,” US Special Representative for Iran Robert Mali said in a statement on the subject on his social media account. Mora represented Moscow at the meeting at the United Nations (UN) Vienna office on Russia’s permanent residence. The representative also met with Ambassador Mikhail Ulyanov. “As always, we had an open, practical and constructive exchange of ideas on ways and means to overcome the remaining problems,” Ulyanov said in a statement. meet.

He announced that talks would be resumed

Iran’s Foreign Ministry spokesman Nasser Kenani announced yesterday that Iran’s chief negotiator Ali Bakiri Kani and his delegation will travel to Vienna and that nuclear talks will resume. Noting that negotiations will continue under EU coordination, Kenani said, “At these meetings, the final proposals of the parties regarding the negotiations will be evaluated.” protects and protects,” he said. “We can make rapid progress if other countries that are parties to the agreement take a realistic approach in negotiations and make decisions,” Kenani said.

Negotiations to return to nuclear deal

The five permanent members of the United Nations (UN) Security Council (England, USA, China, France, Russia) and Germany and Iran signed an agreement in 2015, called the Comprehensive Joint Plan of Action, which outlines Iran’s nuclear activities. Monitoring is included. Former US President Donald Trump unilaterally withdrew from the deal in 2018 and the Iranian administration returned its nuclear activities to a pre-agreed agreement. Subsequently, the US administration targeted Iran with heavy economic sanctions.

Negotiations between Iran, France, Russia, China, England and Germany began in the Austrian capital Vienna in April 2021 to return to the nuclear deal. With the inauguration of US President Joe Biden in November 2021, talks were underway for the US to return to the agreement. However, talks were put on hold last March for different reasons.