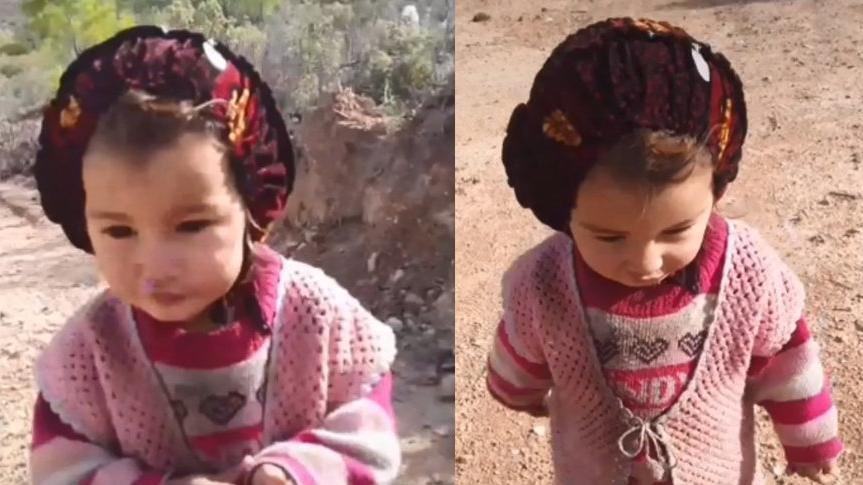 Muslume, the 6th child of the Yasal family with 7 children, who had come to spend the winter season from Kerman in the 175-metre-high Yanili neighborhood of Gulnar district on November 10, 2021, disappeared around 17.00.

Gendarmerie, Fire Brigade, AFAD, AKUT and health teams were sent to the area to help his family, who could not find the Muslim who was seen playing next to the area where they pitched their tents for the last time was.

Sad news came from the Muslims on the 10th day of the search operation. Muslim’s lifeless body was found among the bushes in Karasak area, from where his family had pitched a tent.

Dadi Yasal was released after statements were taken in the night. The suspects, who spent 3 nights in custody, were transferred to the court on 22 November following their proceedings.

Dada Hassan Yasal, one of the suspects brought to court, was arrested and the prosecutor’s office released 7 family members. The indictment was prepared in an investigation conducted by the Chief Public Prosecutor’s Office of Silif.

The detained defendant Hassan Yasal was brought from the Diyarbakir No. 1 High Security Criminal Execution Institute for a first hearing at the Silifke II High Criminal Court. Yağalın, who was charged with the offenses of intentionally killing a close relative, to conceal the crime, to destroy the evidence, to deprive the child of liberty, to deprive the child of liberty by using qualified sexual abuse, could not defend himself. For sexual purposes by force, intimidation or fraud, and for inciting a crime in favor of the offender, Yalin entered the Silifke Courthouse with a variety of charges. Security measures have been taken.

speak your feelings with your consciousness

On the other hand, the Court Board asked the defendants and witnesses to make their statements appealing to their conscience by presenting on the screen photographs of the corpse taken during the presence of Muslims.

The family members were heard as witnesses in the trial. The accused grandfather Hasan Yasal and mother Selvi Yasal, grandmother Ayse and elder brother Oye have denied all charges against them. Mother Selvi Yasal said that she did not complain to anyone about the death of a Muslim during the hearing.

my wife is guilty

Father Mehmet Yasal was also present in the courtroom. Ayse Yasal’s statement was first taken in the hearing. Ayas Yasal notes that she told her husband about Muslim’s disappearance, that her husband also knew about it and went to search with a tractor. For the alleged rape of the bride of Ayes Yasal’s Hasan Yasal, Selvi is our nephew. I trust my wife. He doesn’t do anything like that. My wife said she was innocent.

i’m not complaining to anyone

Yagal, it’s not my father-in-law’s fault. He didn’t rape me. He said that Allah Almighty would hold me accountable, and he did nothing to me. After this, when the court board reminded that the DNA reports had revealed the father of the child to be the grandfather, Selvi Yasal said, “I do not accept it, it did not happen. “I have no complaints about the Muslim incident,” he said.

DEDE: We saw, we couldn’t find

In continuation of the hearing, the statement of the detained defendant Hasan Yasal was taken. Dede Hasan Yasal said that he and his wife Ayse and granddaughter Muslim had come to the tent with small cattle on the day of the incident. I went to the lower street, Kerim went to the upper street. The last time I saw a Muslim was 14.30 years old when he was leaving the tent. I came from grazing animals. The children were crying. When the OA said that the Muslim had disappeared, I got on the tractor and headed towards the asphalt. When we saw Ayes and Selvi at the place I went to, we informed the gendarmerie when we said they couldn’t find them either. He said he looked everywhere and couldn’t find it.

I am not aware of the report, I have nothing to do with my bride

Hassan Yasal, who claims that Muslims may have visited the place himself, said, “It’s a baby, he goes away on his own. Every time I see a Muslim, I kiss his face. 9 days. It’s normal for DNA to come out of his neck after that. That doesn’t mean it’s a sexual act. “He’s my grandson, that’s out of the question,” he said.

The court board asked whether Hasan Yasla Muslim’s elder sister and other grandson AY had a child of his own. In his statement, Yasal said, “He is my grandson, I am not aware of the report. Maybe it’s kinship. He said that I did not have sex with my bride Selvi.

The court decided to continue the detention of Dada Hassan Yasal and adjourned the hearing to compensate for the deficiencies.