In a Metropol Research poll on economy management, a majority of voters said they found the administration a failure.

In the survey, “Do you think the economy in our country has been well or badly managed lately?” had questioned. Only 22.5 percent of the voters polled said it was “well managed”, while the vast majority of 75.5 percent said “I think it’s poorly managed”.

AKP and MHP people also think they are badly managed

The vast majority of voters from other parties said the economy was mismanaged. 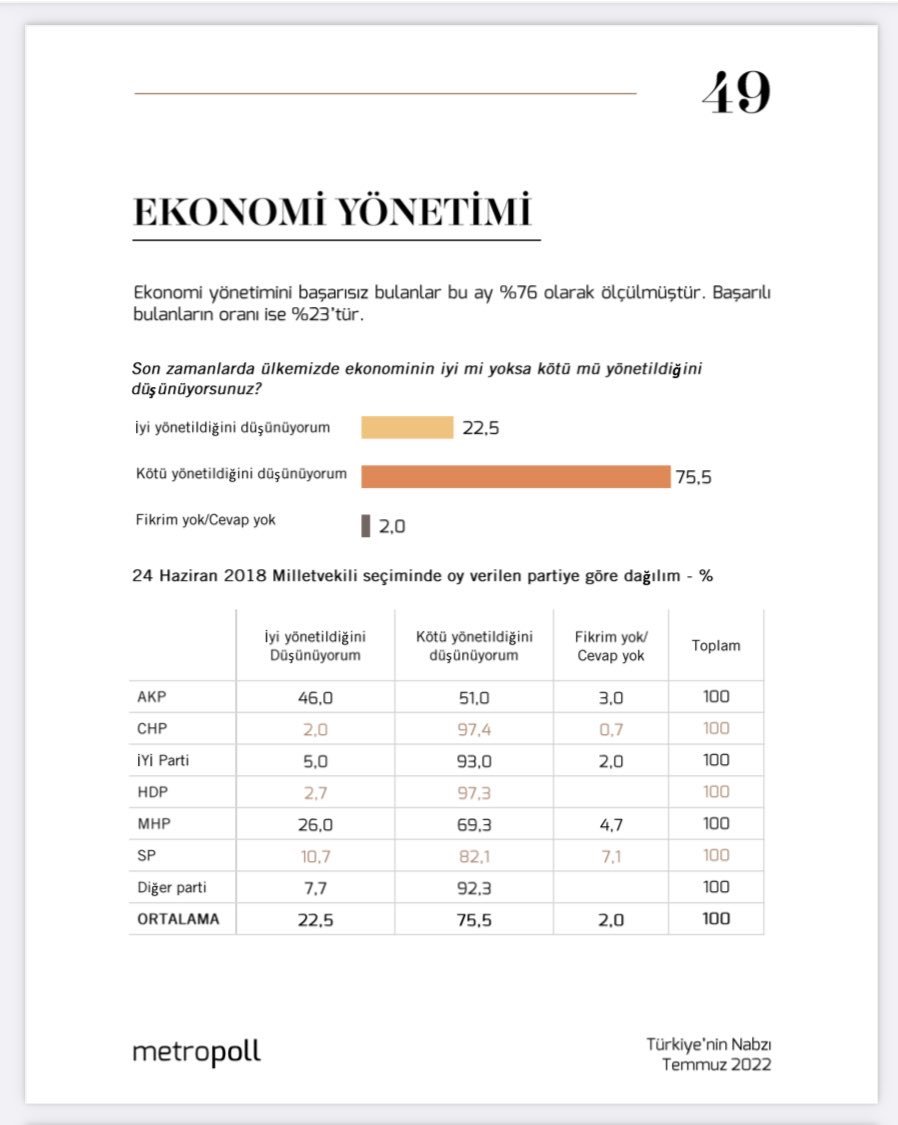