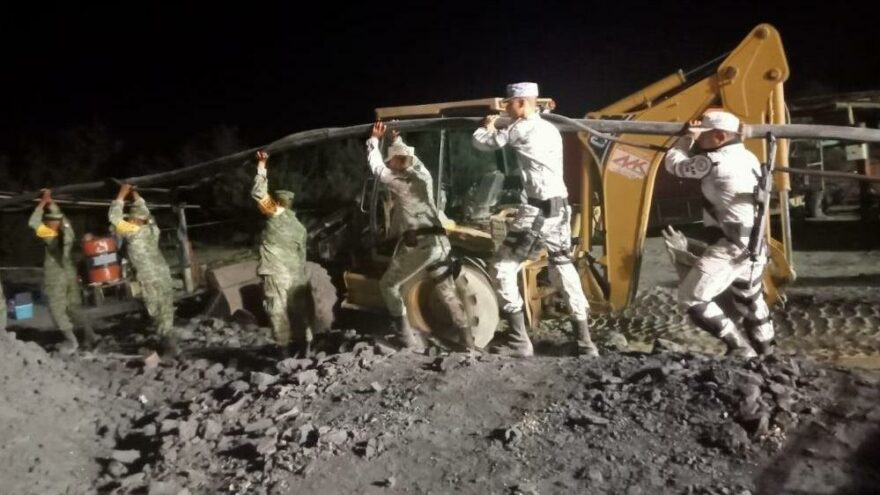 It was announced that 5 of the workers trapped underground after a mining accident in Mexico were rescued, while 10 workers are still waiting to be rescued. Mexican President Andres Manuel López Obrador said he would do everything possible to rescue the trapped miners.

A 60-metre-deep coal mine was engulfed in an accident yesterday at a coal mine in the city of Sabinas, located in the state of Coahuila, north of Mexico. After the accident, 15 workers were trapped inside as the mine was flooded with water and 1 worker managed to escape from the mine.

After the incident, various civil defense teams and security forces came to the mine and launched an operation to rescue the trapped miners. It is reported that as a result of the operation carried out, so far 5 miners have been rescued and hospitalized with injuries, and 2 of them have been discharged after treatment.

Mexican President Andres Manuel López Obrador told a news conference that priority was given to informing the miners’ relatives and the entire public about the rescue efforts following this unfortunate accident.

Obrador said he sincerely wanted the trapped miners to be rescued and that every effort would be made in this regard. In his speech, Obrador said that he had basic information about the accident and knew who was responsible for the mine.

230 personnel participated in the rescue operation

On the other hand, a coal mine disaster in the Mexican state of Coahuila in 2006 claimed the lives of 65 miners and found the bodies of only 2 miners.