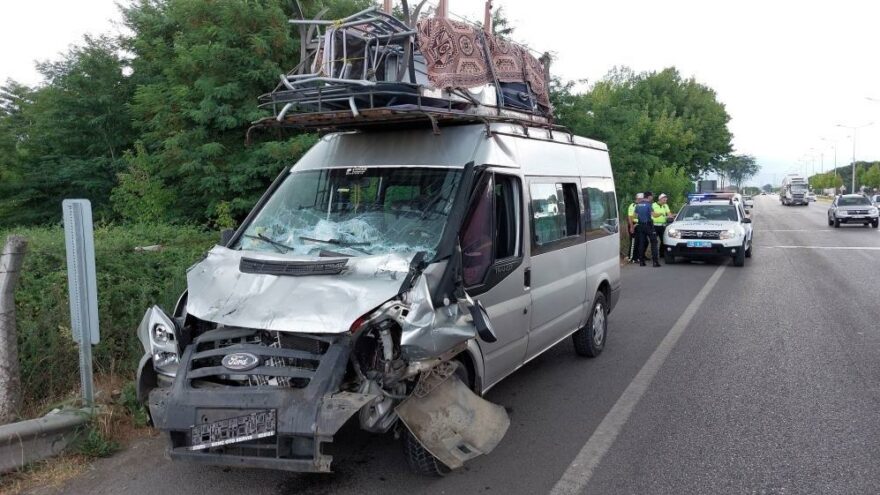 The accident took place at the Tekkekoye District of Samsun, Samsun-Ordu Highway Jelemen Location. According to the information received, the minibus with 34 BVH 083 plate under the administration of Halil Akbulat, which went to the Akkus district of Ordu to pick up hazelnuts from Istanbul, was hit by a 34 DYZ 801 tow truck and 34 from behind . The KE 3347 trailer climbed the TIR under the direction of Ali Ehsan Yuksel.

A total of 14 people, including children aboard the minibus, were injured in the accident, including minibus driver Halil Akbulat. The injured were taken by ambulance to Saramba State Hospital, Samsun Training and Research Hospital and Ghazi State Hospital. It was learned that the lives of two of the injured were in danger. The investigation into the accident has been started. (UAV)