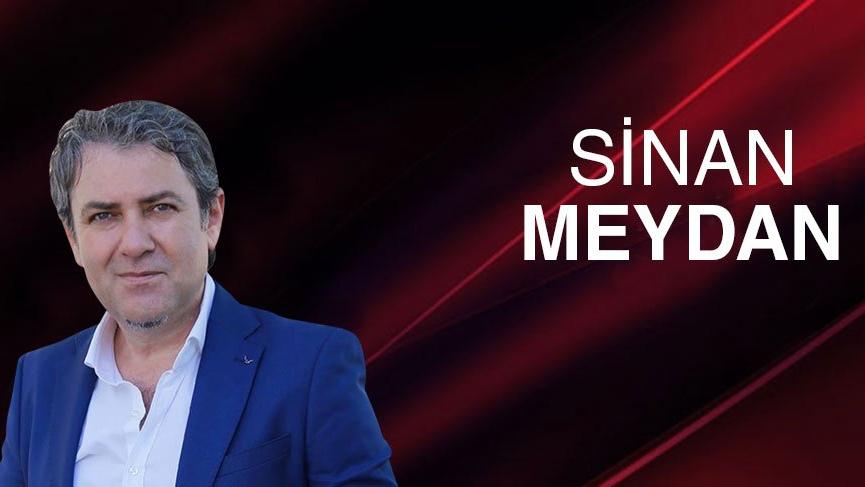 “Army commanders and some corps commanders were called to Akshir on the grounds that they had witnessed a football match on the afternoon of 28 July 1922. On the night of 28/29 July, I spoke to the commanders about the offensive in general Of.” (Ataturk, speech)

a football match between two teams or a fight between two armies; Both require clever tactics and strategies. A coach who manages his team well and a commander-in-chief who manages his army well have a great impact on his victory. But here the similarity remains. Of course, football matches are not wars, and wars are not football matches. However, there has been a phenomenon in our recent history that “football” and “war” come together; It is almost as if football becomes part of the strategy of war. Ataturk uses the football to hide from the enemy the most important decision of the life and death war.

This is Ataturk’s football strategy and this is the match of the century!

The Commander-in-Chief Ataturk decided on 16 June 1922 for the great offensive. Only Chief of Staff Fevzi (Çakmak), Western Front Commander Ismet (İnönü) and Minister of National Defense Kazim (Özalp) shared this decision with the Pashas.

The offensive plan was based on the principle of attacking the Greek army on the right wing, with most of it at Afyonkarahisar, and moving from south to north to destroy the enemy. The attack was to be carried out as a raid. In the words of Ataturk in Nutuk, “The position we considered appropriate was to assemble our main forces in the south of the enemy’s right-wing group near Afyonkarahisar and in the area between Akarke and Dumlupinar. This was the enemy’s deadliest. And the most important point was. From this direction it will be possible to get quick and accurate results by hitting the enemy.” The plan was risky, but very effective.

Ataturk had to carry out a very secretive plan. A little mistake can ruin everything. Meanwhile, he wanted to inspect the front for the last time and see the preparations for the offensive. He also had to meet with the commanders to discuss the plan of attack. He had to surprise the enemy intelligence service in order to conceal the real purpose of this oversight and meeting. but how?

The British had a spy agency in Turkey during the freedom struggle. It was unclear who was in this organisation, often referred to in British secret reports as “Black Jumbo”. This British secret agency was functioning well, passing the most secret information about the freedom struggle to the British. For example, he described what was said at a secret session of the Grand National Assembly of Turkey, some of the secret battle plans of the Turkish army during the Battle of Sakarya, and the secret orders of Turkish headquarters to British Occupation Forces Command Day by day and hour. hours. He also informed the Greek headquarters about this news. (Bilal imşir, with British documents from Sakarya to Izmir, Istanbul, 1972, pp. 453–454)

In order to begin preparations for the great offensive, it was necessary, first of all, to avoid this “black combo”.

Ataturk was going to try to defeat this British secret organization with a British game. The British would use sports football to hide the commanders’ meeting from British intelligence, where offensive plans were to be discussed.

Ataturk’s plan to overcome the British was as follows: he would leave Ankara for a few days and go to Konya to meet the famous British general Townshend, who at that time wanted to visit Konya and see him. He will often go to supervise. Other commanders will also be invited to Akshir on the pretext of watching the match. In other words, the reason Ataturk and the commanders gathered in Akshir was to watch a football match, the real reason was much more than a game; It was to finalize the war plan that would save a nation.

In a letter dated 24 July 1922, Ataturk informed the government that he would leave Ankara for a day or two to meet with British General Townshend. (Journal of War History Documents, p.59, Document 1354). But he actually left Ankara the day before, on July 23, 1922, and that evening went to Aksher, where the Western Front headquarters are located.

Commander-in-Chief Ataturk talks with Western Front Commander Ismet Pasha in Aksher. It was deemed appropriate that the Chief of General Staff, Favzi Pasha, be present to discuss the action plan. Favzi Pasha had not yet come to Akshir.

Ataturk went from Akshir to Konya on July 24, 1922 and met General Townshend according to his plan.

After this, Ataturk returned from Konya to Aksher on 27 July 1922.

In Akshir on the night of 27/28 July 1922, Commander-in-Chief Ataturk, Commander of the Western Front Ismet Pasha and Chief of General Staff Favzi Pasha spoke about the great offensive. He decided to complete the preparations by August 15, 1922.

The real big gathering at Akshir was to take place the next night. The details of the operation plan would be discussed at the commanders’ meeting on the night of 28/29 July 1922, which would include army commanders and some corps commanders. Army Commanders and some Corps Commanders who attended this meeting also used to come to Akshir on the pretext of watching the match to be played the next day.

Ataturk expressed this fact in his Nutuk: “Army commanders and some corps commanders were called to Akshir on the grounds that they had seen a football match held in the afternoon of 28 July 1922. On the night of 28/29 July. , I spoke to the commanders about the offensive in general.”

Hours left in the match of the century

Most important match in our history

On the morning of 28 July 1922, the commanders of 1st, 4th and 5th Corps came to Akshir to watch the match. That night, Nurettin, Yakup evki and Fahrettin pashas and Kemalettin Sami and zzettin beys will also see the final look and details of the attack plan.

Indeed, even a meeting of commanders in a football match would raise suspicion. However, their solution was also considered. The match was not to be played between two professional football teams, but between the core. It was very common for army commanders to watch matches between army teams.

The most important match not only in Turkish sports history but also in Turkish history was played in Aksher on Friday, 28 July 1922 at 6:00 PM.

Corps officers and Western Front officers came face to face in the match. Mustafa Kamal Pasha, Ismet Pasha, Favji Pasha and other commanders also came to watch the match. At six o’clock in the evening, both the teams entered the field with their clean uniforms. The match started with the referee’s whistle. Both sides were working hard to make accurate passes. Meanwhile, planes were flying over the horizon of Akshir, and the band in the middle of the tent was playing in good weather. All this added a wonderful atmosphere to this historic match. In a tough match, the match ended in a draw. (Evening, August 20, 1922).

Let’s hear this historical rendezvous with Turgut Ozkman’s statement in “These Crazy Turks”:

“Army and Corps commanders, close units were called in to witness a beautiful match. Front fortification unit to prepare the field as a football field. A wooden tribune consisting of two lines will also do.

In the afternoon we came to the ground where the match would take place.

The first row of the tribune was reserved for Mustafa Kemal Pasha, Favzi Pasha, Ismet Pasha, Yakup Sevki Pasha, Nuretin Pasha and Fahrettin Pasha. Most Pasha will watch a football match for the first time.

The grounds were filthy, the palaces without nets. The three sides of the field were surrounded by young officers, aviators, doctors, non-commissioned officers, soldiers, workers, drivers and some curious Akshir residents.

The referee and the players were in long shorts. ( ) One was in a red jersey, the other was a white one. Keller had bandaged his knees.

He greeted the Tribune of Honor and the audience.

The match ended in a draw, but the winner would be the Turkish nation.

It was handed over to the Western Front Headquarters after the match at Aksher. At 21.00 on the night of 28/29 July, the commanders’ meeting under the chairmanship of Commander-in-Chief Ataturk began.

In the talks that lasted until the morning, the most harsh criticism of the plan of attack came from Yakup Sevki Pasha.

In his memoirs, smet nönü summarizes Yakup Sevki Pasha’s objection to the plan of attack: “Yakup Sevki found the plan too dangerous and said that if we did not succeed, it would be very bad” (Ismet Inonu , Memoirs, Ankara, 2006 , p. 271).

Yakup evki Pasha objected to the plan: “Don’t do it! That’s what the Turkish nation is about. Army, cannon, rifle, gunpowder, that’s all. How can you spend it on one occasion?” he was saying.

Ataturk, “Can this be all the Turkish nation can give?” He asked.

Yakup evki pasha “Yes!” “Then we have to get the final result with it,” Ataturk said.

Yakub Sevki Pasha did not take a step back: “Those who decide this will be put a great burden against history”.

After this, Ataturk said, “Do not be afraid, Pasha! All responsibility towards history and the nation is mine,” he said, and ended the discussion.

Ataturk determined the details of the operation the next day, 30 July 1922, together with Ismet Pasha and Favzi Pasha. He also met the Minister of National Defense Kazam (Ozalp) Pasha, who came to Akshir on August 1, 1922, on urgent issues. On August 4, 1922, he announced his decision to go to the government. On 6 August 1922, Western Front Commander Ismet Pasha secretly ordered the forces to prepare for an attack.

Now it was time to attack.

Commander-in-Chief Ataturk secretly left Ankara on the night of August 17/18 and went by car to Konya through the Tuz desert. There were only a few people who knew that he had left Ankara. To hide this departure from the British Secret Service, it was announced in the newspapers that Ataturk had organized a tea party in Kankaya on 21 August. However, Ataturk had been in Aksher, the headquarters of the Western Front the day before.

On 20 August 1922, Commander-in-Chief Ataturk ordered the Western Front Commander Ismet Pasha to attack the enemy on the morning of 26 August 1922.

The British Black Kumbo was unaware of the Great Invasion. So much so that the British were able to learn about the great offensive that began on August 26, 1922, only on August 28, 1922. The Greeks were surprised when the British did not hear about it. (Boxwood, pp. 455-458)

Asim As says: “Just as the old man hid the amulet of great victory, he was preparing its practice very secretly. He used the football match as an opportunity to collect the controls, and it looked like he was having a (tea) feast at Sankaya while he was heading to Akshir for offensive movement. (Aseem As, Memoirs, Istanbul, 2012, p. 16)

Ataturk was successful in hunting down British intelligence with the “football match” and “tea party”, which at a crucial time identified with the British.

In fact, the most important match in our history was played at Aksher on 28 July 1922. It was probably the most important game in the history of football where the score didn’t matter. This match had lost its sleep to the British intelligence. Big offensive plans were discussed in the shadow of this match. It was not a national match, but a match that affected the liberation of a nation. Using the football to hide his plans for the Great Invasion was Ataturk’s most interesting strategy in battle.