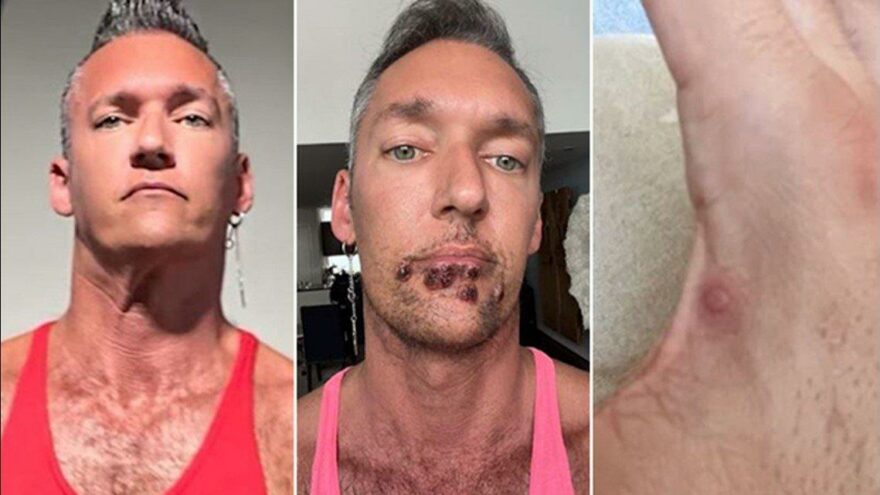 Monkeypox disease, which is commonly seen in parts of Africa and the scientific world is concerned about its painful symptoms, is spreading rapidly.

Patients suffering from monkeypox, which is seen in dozens of countries including Turkey, Spain, Portugal, England and the United States, continue to tell local media their pain and difficulties and to raise awareness on social media. While monkeypox was diagnosed in thousands of people in non-endemic countries, a man living in Houston, USA, explained the background of the disease and his experiences with complete clarity.

America’s Wesley Wallace told the American media the ugly face of this disease. Wallace, you’re looking at this, and this virus is so ugly. You don’t want to go near this disease, he said. Noting that swelling and acne-like formations appeared on his face, Wallace said, it is very painful. I can’t touch it because I have a scar on my face. I can’t keep my head on the pillow when I’m sleeping because it hurts. “Even the wind in the open air hurts me,” he said.

Wallace said the disease was getting worse, and that he had 8 sores on different parts of his face, and one wound in his mouth. Wallace, I have a sore inside my mouth and it hurts with every sip and every bite. But what is worse is that the disease is spreading all over my body, he said.

Claiming that the disease was transmitted on July 4, Wallace said, “Now these sores and acne-like formations appear all over my body. They said that is in my arms and hands. Quarantine myself after infection. Wallace said he would move out after a 1-month waiting period.