Sharing the interrogation video of an ISIS member named Hanjala Kod Muhammad Ayub, whom he claims to have been captured by the Taliban, zda said, “The Taliban captured ISIS member Hanjala Kod Muhammad Ayub. During interrogation, Ayub admitted to Turkey that he had organized the relocation of several ISIS members from Afghanistan via Iran and the provision of housing and other needs in Turkey. Sweet Dreams Palace/Yellow Protest.” He used his expressions. 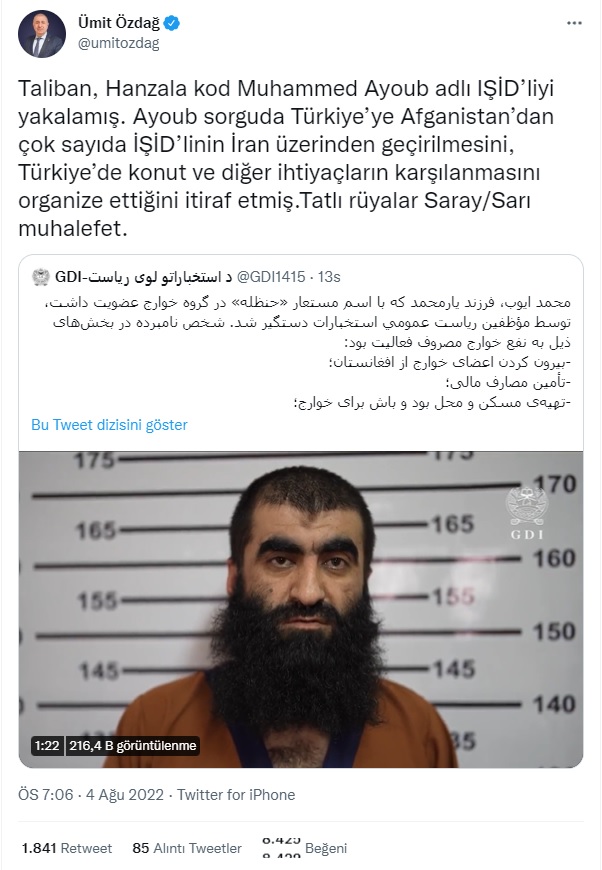 “While you’re in your sweet sleep, someone is preparing a civil war nightmare for Turkey”

Posting another, zda said, “While you’re in your sweet sleep, someone is preparing for Turkey’s nightmare of civil war. May Allah protect the Turkish nation from government and opposition like you. Now the defense line of the Turkish nation is the Victory Party.