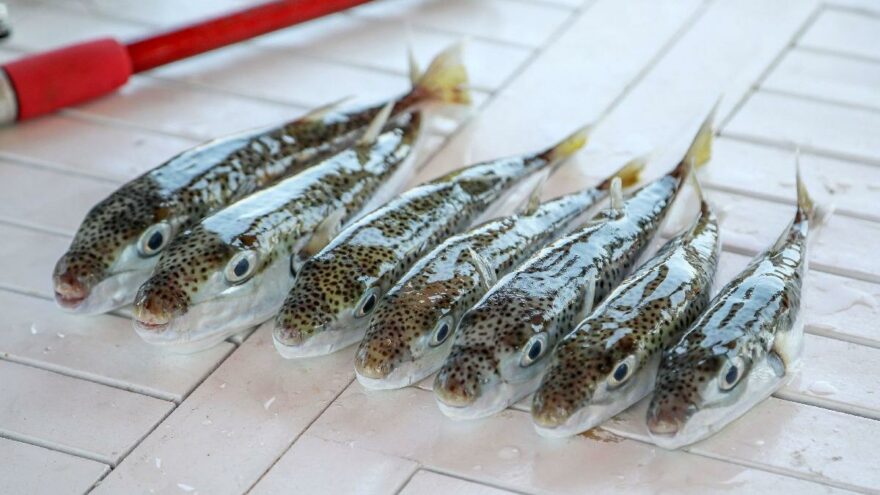 To encourage puffer fish fishing, 5 lira per piece was increased to 12.5 TL.

The Ministry of Agriculture and Forestry continues its tailings promotion to control populations of puffer fish, which come from the Red Sea and damage fishermen’s nets and fish in the Mediterranean Sea.

According to the decision published in the Official Gazette, the Tail Incentive, which was earlier 5 Lira, has been increased to 12.5 TL this year. The fishermen happily welcomed the decision.

A lot of attention was drawn to 5 lira

If you bring the tail or the whole Lagocephalus scleratus, the most common and most harmful type of pufferfish, up to 200 thousand, will be paid 12.5 lira per number. Those who catch other puffer fish species will also receive a support payment of 2.5 lira per number, up to 1 million.

Jafar Semmersi, president of the Antalya Region Fisheries Cooperative Union, said that the incentive for pufferfish fishing will increase even more. Stating that the fishermen welcomed the new figure with interest, Semmersi said, it would be better to extend support to anglers as well. It attracted a lot of attention when it was 5 lira. “I hope he hunts more,” he said.

Provincial Directorate of Agriculture and Forestry Fisheries and Fisheries Branch Manager Gürsel Coşkun said that 9,000 puffer fish were caught and distributed in Antalya in just 7 months. Stating that the new stimulus will accelerate hunting to the point of controlling the population, Koskun said, “We expect a high demand. There has been a significant increase in numbers.” and demand will explode,” he said. (DHA)