Protests continue by supporters of the Sadr group objecting to the coordination group that assembles all Shia parties except Shia leader Muktada Sadr in Iraq to nominate Mohamed Shia al-Sudan as prime minister.

In Iraq’s capital Baghdad, supporters of Shia leader Muktada Sadr gathered on the Republic Bridge, which leads into the Green Zone, where government offices and foreign missions are located, in the morning, despite extensive security measures, in the evening. 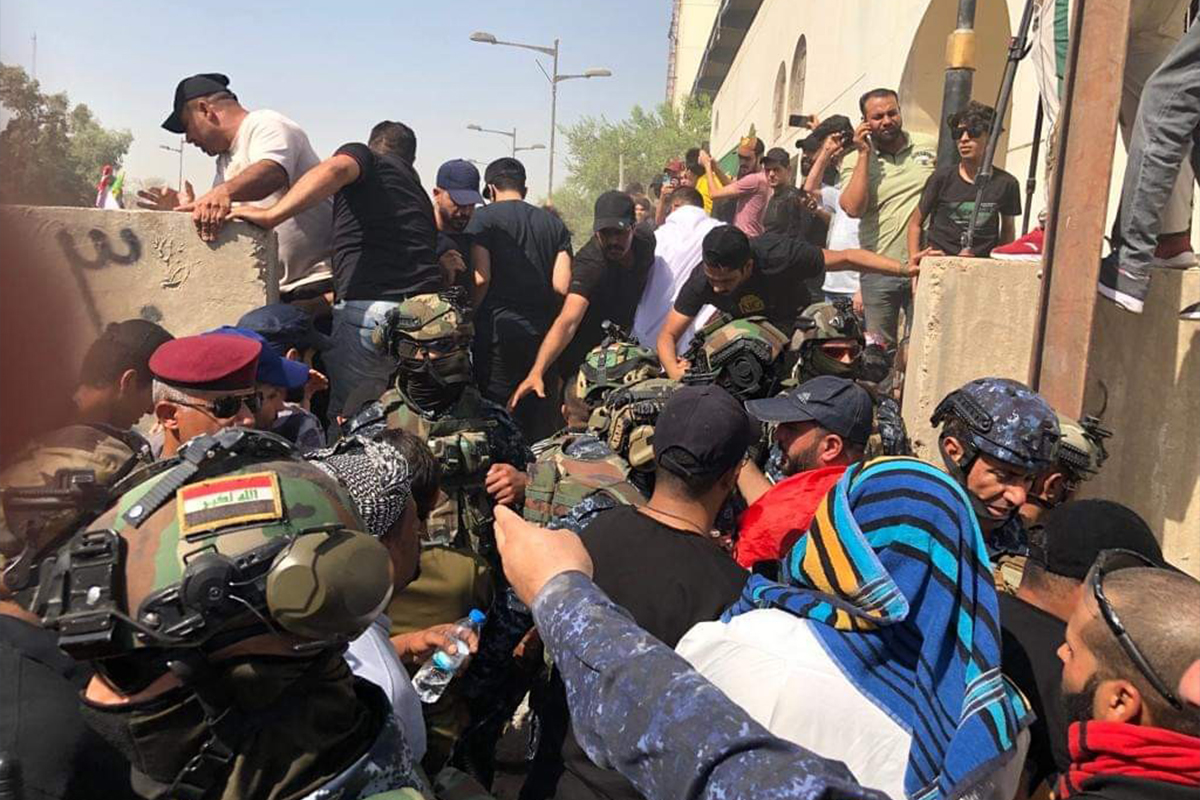 In an attempt to break the concrete barricades, the group broke the barricades and entered the green zone. Security forces lobbed water cannons and tear gas shells against the crowd entering the Green Zone. According to a statement given by the Iraqi Health Ministry, 60 people have been injured in these incidents.

One of the officials of the Sadr group, Ibrahim al-Jabiri, announced that protesters entering the green zone and storming the parliament began a open sit-in.

Hundreds of supporters of the Sadr group, who objected to the Iran-backed coordination group, which includes all Shia parties except Sadr, and former prime minister Nouri Maliki, to name Mohammed Shia al-Sudan as prime minister, Wednesday entered the green zone. and stormed the Parliament House.