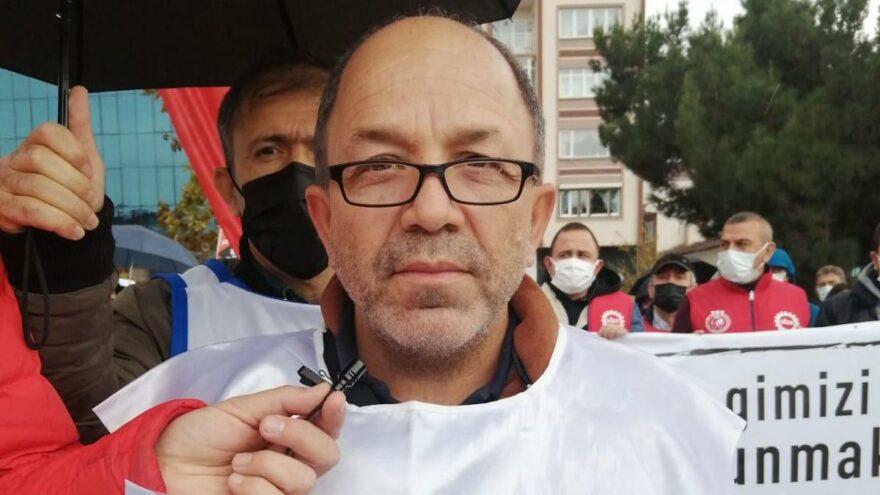 Birturk Ozkawak, president of the Health and Social Service Workers’ Union (SES) Eskiehir branch, said the steady increase was ruining their lives and added that they no longer want to live humanely.

life has become a dungeon

Pointing out that health workers were greatly affected by both working conditions and the economic crisis, Ozkawak pointed out that the increase in their wages at the official inflation rate (far behind real inflation) did not make up for their losses, but also caused them To deepen the poverty caused and become permanent.

Ozkawak said: “Such as our work load, working day and night, experiencing verbal physical violence every day, almost face-to-face with death in the workplace, overcrowding by administrators, and poor working conditions, We also have to face inflation and poverty. “As a result of the economic policies of political power favoring the rich and their supporters, life has become a dungeon for all workers in our country,” he said.

Almost all healthcare workers get salaries near the final wage limit

Expressing that they are now finding it difficult to access basic consumer goods in the market, Ozkawak said:

A few days ago, Türk-İş published the results of its July Hunger and Poverty Line Survey.

Accordingly, the monthly food expenditure (appetite limit) for a family of four to have a healthy, balanced and adequate diet reaches 6 thousand 839 TL, while the food expenditure and clothing, housing (rent, electricity, water, fuel), The total amount of other mandatory monthly expenditures for transport, education, health and similar needs (poverty threshold) increased to 22 thousand 278 TL, and an employee’s ‘cost of living’ increased to 8 thousand 929 TL per month.

Based on statistics from Turks, the increase in the minimum amount of food expenditure for a family of four living in Ankara was 7.01 percent compared to the previous month. Till the last twelve months, the growth rate was calculated as 128.44 percent. The seven-month change rate was 66.90 percent.

According to Türk’s research, at a time when the hunger threshold was 6,839 TL and the poverty line was 22,278 TL, almost all health and social service workers were below the poverty line (despite an increase in the gap calculated according to the latest official inflation). ), and most of them were close to the hunger line. Fee Fee.

this life is not expensive

Emphasizing that health and social service workers are being affected by this price rise and higher cost of living, zkavak said:

getting poorer every day; We do not want to live on the poverty line. We are so tired. This is not the cost of living. We warn those who mean our right to live humanely.

How will we produce the health and social services that our people need while we are having difficulty sustaining our lives?

He said that while the hurdles in front of our citizens’ right to health are being addressed, the demands of our service providers should be met at the earliest.