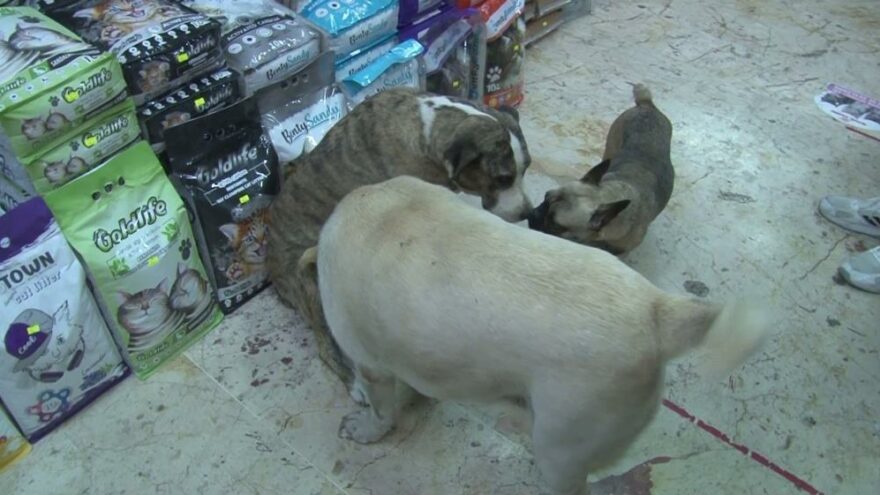 The incident happened in Iskudar at around 04:00 last days. According to the information received, a person walking on the road, living in the same locality for years and saw everyone’s favorite dog lying on the sidewalk. The man who ruthlessly threw a kilo of stone found on the road on the dog followed the dog for some time. The person who continued to commit violence against the dog who was trying to escape from him, followed the dog for some time with a stone in his hand. After that the person fled from the spot. Moments of dog-enforced violence were momentarily reflected on a security camera in the street.

Talking about the incident, Kadir Ordu, a resident of the locality, said that the dog was missing for 3-4 days. All Iscudars know this dog. We announced that our dog is missing. They found the dog and determined that it had been beaten. Neighbors saw that the dog was thrashed by a person with a stone and intervened. The person continuously throws the paved stone. He takes a stick and starts chasing. Then the dog takes refuge at your friends door, they rescue the dog. The man then draws a knife to the dog’s guards and runs away. He was a cool dog, he had been in this neighborhood for 7 years. An 11 year old dog. All iscudar shopkeepers know their dog. He is not aggressive, he said, trying to escape in the video. (UAV)