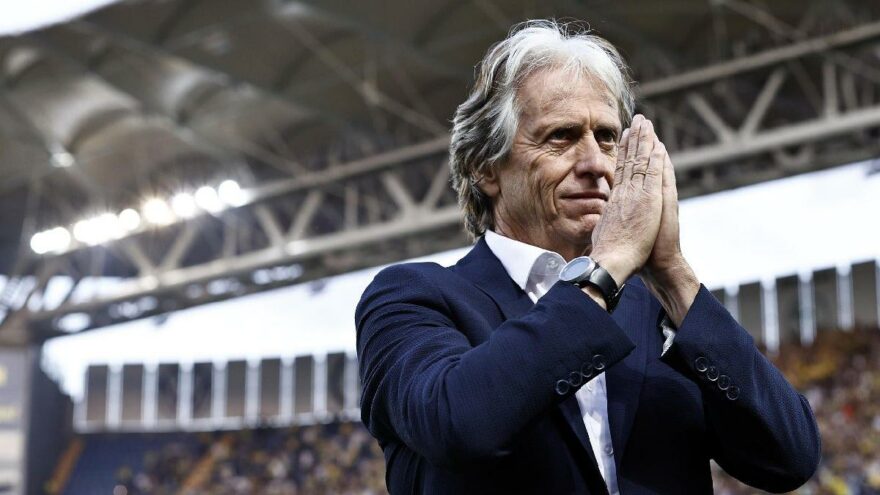 In the first match of the third qualifying round of the UEFA Europa League, Fenerbahçe defeated Slovako 3–0 at home. Giving a statement at the post-match press conference, Fenerbahce coach George Jesus said it was very important for them to get a good result from today’s match and added, “We wanted to please the fans. He supported us wonderfully in the match against Kyiv, he was also great today. It was very important to get him this victory. We could have scored more goals in today’s match. I don’t understand why the Portuguese referee canceled the goal we scored. I’ve looked at it many times but couldn’t find anything. European matches we play in this style are vital to the rhythm of the league. The league is starting for us from Monday. One of our big goals is the Super League.”

Saying that he has information about the Turkish league, Jesus said, “I see transfers made by my opponents, I know these players. Trabzonspor, Beşiktaş and Galatasaray are our big rivals. Everyone starts the league ambitious. Our first goal is to win the league. This season will not be easy, it will be difficult for every team I can not say that Fenerbahçe’s squad is not complete yet. We can transfer another striker. We are happy with the current staff we have, we have many options. The depth of the team is important in a match in 3 days. “Maybe we can make a change and shed new blood on the field in the match on Monday,” he said.

The lineup is different in those moments

Referring to the performance of his players, George Jesus said, ‘Gustavo has two advantages. It’s been a week, but the first advantage is that he worked with me in flamengo for 2 years, he knows my thoughts and I know him. The second advantage went to the Brazilian League, where 16–17 matches were played in the league. A name that won the momentum of the match. Zajak joined the camp late because of the national team. So it’s been working for 4 weeks and it’s not enough time. Unlike Ismail and Arav, the tempo of the match is not at the level of 90 minutes. Crespo also did not reach the desired level according to the match situation due to injury. Emre is a different player, he played well. He is not in a position to play 90 minutes now. I am happy with his game.”

Talking about Arda Guler’s talent, Jesus said, “It is very important for every football player to feel the love and support of the fans, it makes them more confident. He is 17 years old and has climbed up to him.” He needs to develop physically for both the European and Turkish leagues. We will do it slowly. We don’t want him to miss a step. The love shown by the fans will also help him.”

Responding to the question of the number of foreigners in the team, George Jesus said, ‘When I came, some of these players were in the team. Problem that all teams experienced at the beginning of the year. Every team meets. We have to choose. We have to pick in the first league match on Monday. This is a normal natural state. “Benfica could face these situations in Flamengo or any other team,” he said.

Making a statement about being the favorites of the championship in the league, Jesus said, “It is normal to see Trabzonspor as the favourites, they are the ultimate champions. This situation is also quite common. Fenerbahçe is one of the strongest candidates to win the championship, Galatasaray is the same,” he said.