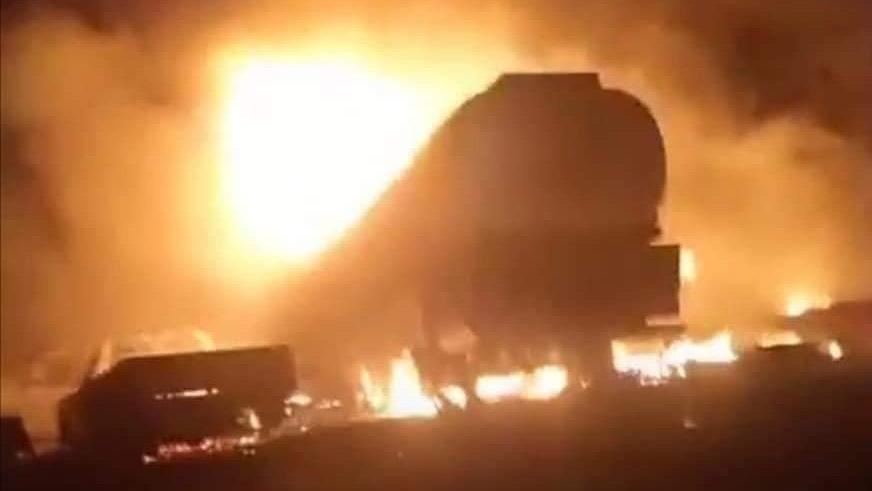 A fuel tanker exploded in the Bint Baya region of Libya early morning after it overturned. It was told in the explosion that 7 people who reached the spot to collect the fuel leaking from the tanker lost their lives and 51 people were injured.

The Prime Minister of Libya’s National Unity Government, Abdulhamid Dibebe, directed the Libyan health ministry to monitor the condition of the wounded and send helicopters to the hospital.