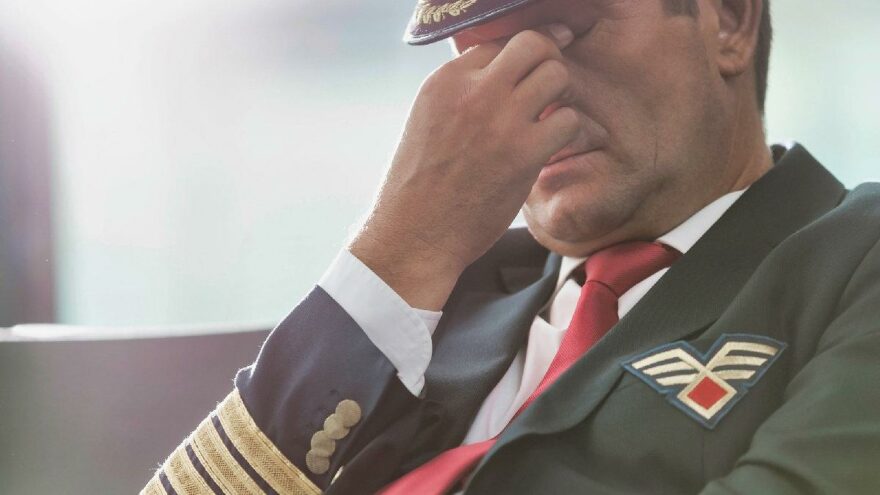 SÖZCÜ brought out the catastrophic fatigue survey results of pilots in Turkey conducted by the Aviation Medicine Association and the Aviation Space Medicine Platform.

With pilots who had tens, hundreds of people on each plane in their lives, it was troubling: 4 out of 5 pilots fly tired, with 97 percent having symptoms of fatigue. The cockpit nap rate is 81 percent.

The issue became even more important with the news that airline companies, which are adhering to international regulations, are pushing the upper limit, and looking for ways to make more flights than the DGCA.

What is the point of the fatigue that pilots are trying to express at every stage in aviation? Even if two pilots are assigned to the airline’s flights, how risky is it? What is the effect of fatigue on pilots? Psychiatrist Flight Physician Prof. Doctor. Muzaffar etinguç told SÖZCÜ.

The President of the Aviation Medicine Association, who did a vigorous survey of fatigue, Prof. Doctor. Notable findings and evaluations of etinguç are as follows:

Accidents, which are directly or indirectly affected by fatigue, concern not only the safety of flight crews, but also the safety of millions of airplane passengers.

Joseph Vardi, CEO of Wizz Air, one of the British airline companies, addresses pilots in an in-house video broadcast on 8 June 2022; If 1 in 5 pilots reported that they were tired and unable to fly, they would not be able to conduct this business; He said that a lot of damage has been done due to the cancellation of the flight. In other words, they saw no harm in flying tired, the more significant the profit-loss figures.

giving the key to a drunk driver

The British Airline Pilots Association (BALPA) responded by saying they were “shocked by the views of the CEO of an airline contrary to the flight safety culture”. The European Cockpit Association (ECA) compared it to “encouraging tired pilots to fly is like giving the keys to a drunk driver”.

Common opinion of those who focus on aviation

This is not the first time the CEO of WizzAir has exaggerated statements about pilot fatigue. This is the general view of those who view aviation as a profit-oriented commercial company, and this has been stated by others from time to time.

Fatigue and insomnia have a human element that impairs performance as a numbing medicine. That’s how we see it as flight doctors. We certainly appreciate managers with high flight safety awareness; But those who don’t take pilots, air traffic controllers, cabin crew and technical crew fatigue seriously should know that they pave the way for flight accidents.

Although fatigue has some objective parameters, it is largely subjective. It is therefore difficult to measure; It cannot be shown with numerical data like blood tests. There is no other way to assess the level of individual fatigue than through a questionnaire (self-report).

It is necessary to believe and heed the beliefs and discourses of the pilots to whom we entrust the lives of hundreds of people. Physical and mental fatigue can make them “dangerous pilots”…

In our anonymous survey conducted in an electronic environment, participants were not asked for information such as the name and company they work for. In answer to the question in which the sense of fatigue is asked to be graded; A mild (reasonable) perception of fatigue was 20%, moderate and severe fatigue was 80%, meaning that 4 out of 5 pilots were fatigued. These rates were roughly the same as those of Sweden, Norway, Denmark and Germany in the ECA’s ‘Pilot Fatigue Barometer’ survey in 2012. The rates of errors related to drowsiness and fatigue in flight were similar to those of European pilots.

Alarm signal, even at 50 percent

In fact, we think that if a moderate to high level of fatigue was 50%, not 80%, it should be considered an alarming sign. Similarly, if we had the result that 2 out of 5 pilots were flying tired instead of 4, that would also be a finding that should be taken seriously…

my site for authorization

Interesting point; Survey results, which we have prepared after months of careful work; It’s that we haven’t received any response from airline companies, civil aviation authorities or pilots’ associations… it’s a disdain.