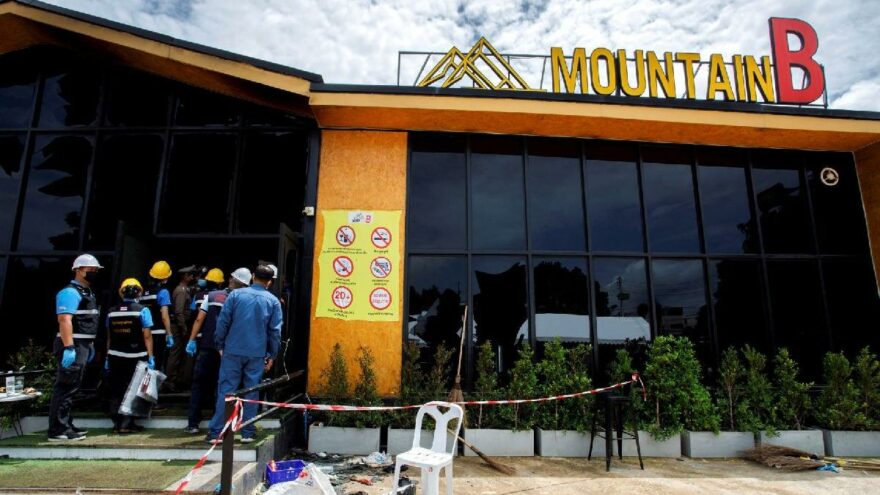 A fire broke out at the Mountain Bee nightclub in the Chonburi region of southeast Thailand. After a large number of firefighters and first aid teams were sent to the scene, officials reported that 14 people had died and at least 40 were injured.

While the fire was brought under control by firefighters after a two-hour effort, police said the back door of the bar was locked and another fire exit was sealed with insulation material for decoration purposes. While officials said all the victims were Thai citizens, Thai Prime Minister Prayuth Chan-ocha said that the families of those who lost their lives in the nightclub would be helped.

In Thailand, in 2009, a fire at a Bangkok nightclub killed more than 60 people, and the club’s owner was found guilty and jailed in 2011. In 2012, a fire broke out at a nightclub in Phuket, killing four people and injuring several others.