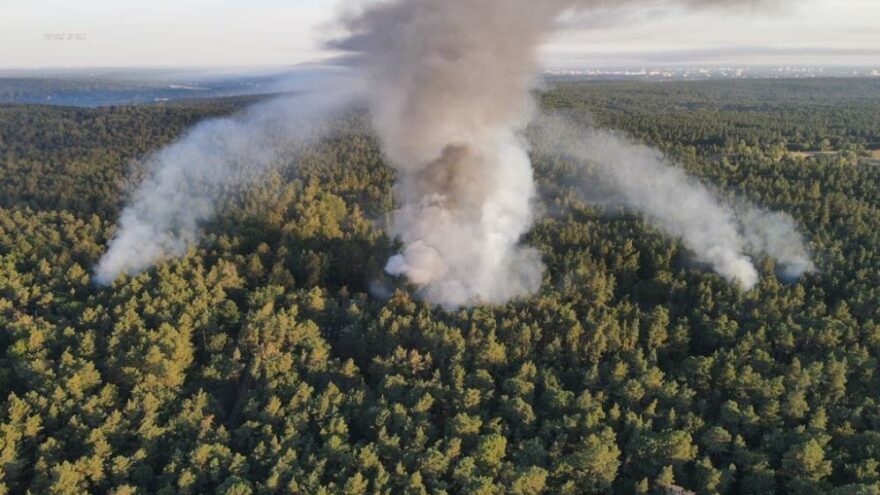 A fire broke out at a police warehouse in the German capital, Berlin, where old World War II ammunition, fireworks and explosive ammunition were located. The fire that followed the explosion in the early hours caused a massive fire in the Grünewald forest.

When about 100 firefighters were trying to douse the flames, the flames spread over an area of ​​15 thousand square meters as other explosions and weather conditions prevented extinguishing efforts. “The situation is dangerous,” Thomas Kirstein of the Berlin Fire Brigade told reporters. While warning people to stay away from the forest, he said that the fire is not under control, the forest is burning uncontrollably.

Berlin authorities called in reinforcements from the German army, including special forces, to help put out the fire. Helicopters and special evacuation tanks were also sent to the scene.

The flames did not reach the houses

Due to the fire, suburban train services to the west of Berlin were disrupted and the Avas, one of the city’s most important highways, was closed to traffic. While the homes are not a direct fire risk, the fire department has warned that possible temperatures of 38 degrees could cause the fire to spread further. The cause of the explosion is not yet known.