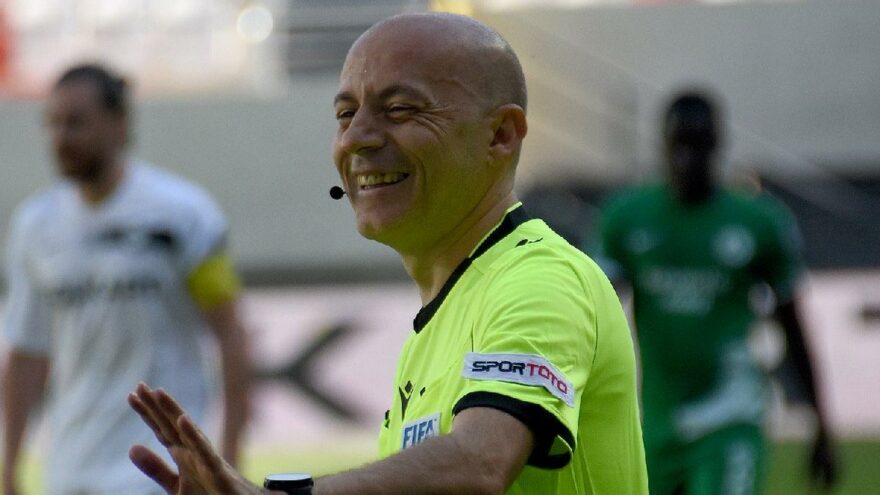 Kunet Kakir, who ended his refereeing career and was appointed as referee trainer by TFF to train young referees, published a thank you message.

Kunet Sakir’s message is as follows:

I end my refereeing adventure, which I started 28 years ago with big dreams, proud to have achieved my dreams.

It is easy to say, every moment of these 28 years was very precious. I approached them all with equal seriousness, from my first amateur competition to my last highest level competition. I worked hard, I worked hard.

I am glad if I can be instrumental in raising the bar for Turkish football referees.

The prayers of the Turkish nation and 80 million people were always with me during my duties at international high level competitions. This gave me great strength. It brought pride.

My second biggest strength was to be a role model for Turkish youth, who followed me and took me as an example as a Turkish referee. I have always felt this responsibility.

I am grateful for the messages of faith and love shown.

Thanks to the Turkish referee, I became Kunet Cakir. With this awareness, I decided today to share my experience in this direction with the young Turkish referee. I want to see them and contribute to their development.

There are tens of thousands of people working on me. Thanks to all of you.

I want to thank my respected teachers who got me where I am today, my fellow referees, our federations, our referee managers, all the friends who supported me in the media, officials of international federations and referee managers, my dear family who thanked me. Always with me, and the people of Turkey who always support me with their prayers.

As I have done so far, I will continue to work to make a worthy contribution to the Turkish referee.

I’m glad if I can leave a good voice behind me.