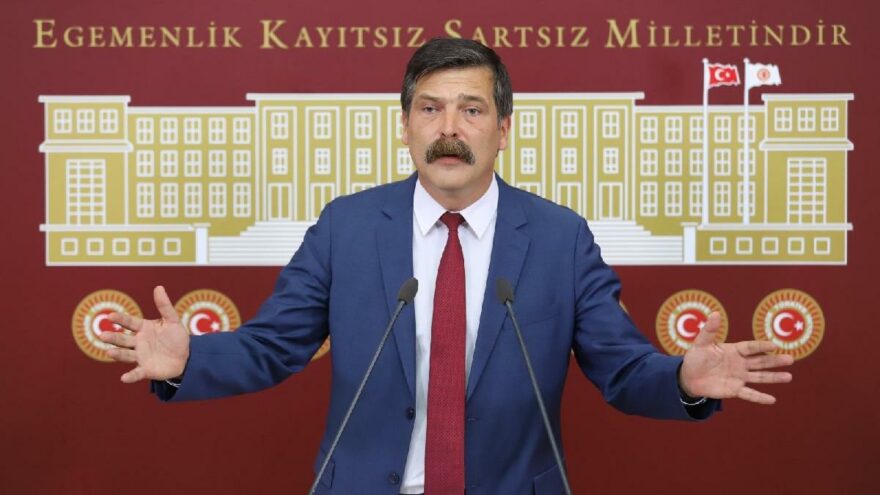 Erkan Bass, president of the Workers’ Party of Turkey (TIP) and Istanbul deputy, made evaluations about violence in health and simultaneous attacks on Alevi institutions, which could not be discussed in the General Assembly of the parliament. Grand National Assembly (Parliament) of Turkey.

Noting that the economic condition of health workers emerged as a result of the AKP’s priorities, Erkan Baş reminded AKP President Tayyip Erdoan’s promise to doctors, “Let them go if they go”, and added, Let’s be clear. Yes, we know who’s going. “We know that from doctors to nurses, from administrative staff to householders, all health workers will get the life they deserve,” he said. Stating that healthcare workers also struggled to survive, Bass said that he, as TIP, heeded the call of the Turkish Medical Association (TTB) to political parties in parliament to act against violence in healthcare. Supported.

Noting that the Republican People’s Party’s call for an extraordinary convening of the Assembly to discuss violence in health was correct, the president of the TUP also criticized the fact that the Assembly had sufficient numbers to discuss violence in health. Couldn’t reach Expressing his criticism that the CHP had not acted with the responsibility of the resolution, which involves fighting for the lives of health workers, Bass said the opposition should try to develop a common attitude due to the responsibility of the CHP. Oppose.

It is not possible to accept this view

Bass, who in the process compared the CHP’s stance to the AKP’s political stance, “It is therefore not possible to accept this view as correct, a typical AKP trace: I have the majority, everyone has to do that.” Unfortunately, we see that this understanding has led to a worsening of the political climate throughout Turkey, which has been governed by the AKP for many years, and the main opposition, which says it will be in power in the coming years. , has shown similar approach in terms of process.

Stating that what needs to be done is to adopt a democratic approach in which all opposition forces can come together to suit the needs of the people, and to behave accordingly, Bass said that the incidents worry him.

With regard to attacks on Alevi institutions, there is no discussion that these attacks are the result of provocation. The TIP president, who said that there is a certain smell of excitement, said that they will follow up on the issue, we see your power. Because the main architect of this divisive and marginalizing language and policies is Recep Tayyip Erdoan.

CHP did not act with the responsibility it demanded

The highlights of Erkan Başın’s statements are as follows:

We are all already monitoring the condition of the health workers. This is because we already know the priorities of this government, its anti-worker character, and its approach that sees everyone else as the enemy, and we say that once again. At this stage, we need to bring one more thing to the attention of our citizens. 120 deputies of the Republican People’s Party made a call in accordance with the bylaws. We think this call is fundamentally correct, but we would like to express here that such an important call does not act with the necessary responsibility for a call that is a matter of struggle for survival of health workers.

We have a digital majority, today’s sense of power

See, especially for the last 4 years, this cynical system called the Presidential system has been accepted since the day it was adopted; We can give countless examples of how the government, AKP, MHP, People’s Alliance moved the Parliament. We already have a numerical majority in Parliament, so the understanding of turning Parliament into the notary office of the President is an understanding of the power of today. They can bring whatever laws they want to the General Assembly, whenever they want, on the agenda of the Assembly; It has become a feature of the government that it has a monistic mindset, reflected in the mindset of an individual who ignores all efforts of the opposition because they know they have the power to pass it as they wish, and allow Do not give opposition to the discussion on a single law resolution by the General Assembly.

According to the main responsibility of the opposition, the entire opposition should be a participant in the process

We all know how bad the consequences are and we are living for a long time. At this point, even if we look at it only with good intentions, what the Republican People’s Party must do is make a special effort to make all opposition parties a participant and part of the process, as it has the main opposition responsibility.