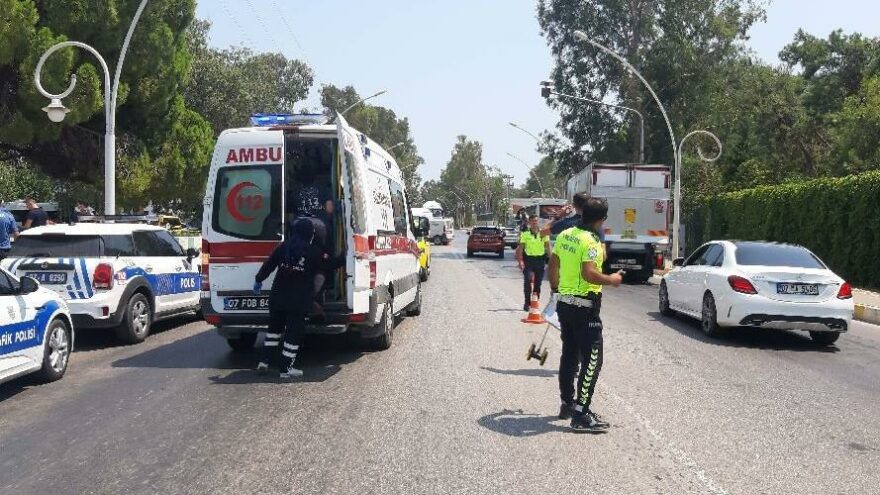 The accident happened at around 14.00 on Belek Mahallesi Tourism Caddesi. The car with the license plate 07 AVN 198, used by UG going in the Belek to Bozazkent direction, crashed into Dilan elik trying to cross the road.

Thrown in the air, Dilan Celik was hit this time by a 07 GK 651 plate jeep used by MGU coming from the opposite direction. Dilan Celik, who fell to the ground, remained motionless. The car with license plate number 07 YRB 41, which came right behind and the drivers could not be identified, collided with a pickup truck with plate number 07 ACR 561 which was suddenly coming in front.

Police and medical teams have been sent to the area after the accident. Medical teams determined that Dilan Celik had died on their examination. Selik’s dead body was sent to the morgue of the Antalya Forensic Medicine Institute after the prosecutor’s investigation.

The drivers were taken to a safe place for the statements of UG and MGU. It turns out that Dilan Selick was an apprentice at a 5-star hotel, got off a vehicle at the time of the incident and moved to the hotel accommodation across the street, and that his family lived in the van. Police investigation into the incident is ongoing. (DHA)