Members of the Revolutionary Confederation of Workers’ Unions (DSK) protested in front of the Brazilian embassy in Ankara to protest the ship, which had come to destroy Izmir and contained large amounts of asbestos.

Reactions against the destruction of the Brazilian Navy ship “NAE So Paulo”, which reportedly contained a lot of asbestos, continue in Aliasa, Izmir.

Members of the Revolutionary Confederation of Trade Unions (DİSK), meeting in front of the Brazilian embassy, ​​said, “Alia is not a landfill of masters. The Poison Ship Nae So Paulo reacted to the wreck by hoisting the banners “Get out of Turkey” and “The Poison Ship will leave as soon as it arrived” in Aliasa. CHP Ankara MPs Gamze Tassir and Murat Amir also supported the protest.

“We will not let the ship fall apart”

The regional representative of DİSK Central Anatolia, Taifun Gorgun, said that the ship in question contained large amounts of toxic substances such as asbestos and fuel residues, and used the following statements:

*We would like to express our deep concern about the existence of a ship filled with asbestos and other hazardous chemicals here. The ship contains large amounts of toxic substances such as asbestos and fuel residues.

* Their removal should be done in a safe and environment friendly manner. It is estimated that the ship contained 900 tonnes of asbestos. However, the exact amount of other toxic substances found on the ship is not known. It is well known that the breakdown of these vessels causes serious damage to soil, water and human health.

*Therefore, we will not allow such disassembly in Brazil, Turkey, or any other location where the necessary safety conditions are not available to protect people and the environment. We should not allow this. We are against sending the ship to Turkey without purging it in accordance with the Basel Convention. I underline that we will also fight against the greed of global corporations and the apathy of governments.

Gorgun said, “We cannot accept that international shipping companies and some countries want to turn Turkey and Brazil into junkyards in order to get rich at the cost of destruction of public health, workers’ lives and nature. In this context, We call on the relevant governments to conduct fair and transparent inspections and to comply with international conventions. We call on the Brazilian and Turkish governments not to allow the NAE So Paulo poisoned ship to enter Turkey. Said.

“They turned Turkey into the garbage of the world”

,akp The economic condition his government has brought in 20 years, he is disregarding public health to get 3-5 cents. He has destroyed the country’s reputation with an understanding that sanctions the poison trade that has turned Turkey into the world’s garbage dump. The garbage dumped by Hans in Germany originates from Adana.

*No World The Brazilian Navy ship, which the country has not accepted, is to be destroyed in Turkey. Because, 50 years of the people of Izmir are being handed over to the poison trade to get 3-5 cents money. As a result of the fact that no similar country has accepted the same ship before. Englandand 760 tons of mica were released.

* Now the officials of the ministry say, ‘Not 760 tons, 9 tons’ Dear Minister, doesn’t 9 tons of mica cause cancer? Doesn’t 9 tons of mica destroy the health and nature of the people of this country? That’s why we’re calling here. Give up this practice as soon as possible before it causes more damage to the prestige of the country, more damage to nature, genocide of nature, public health genocide. 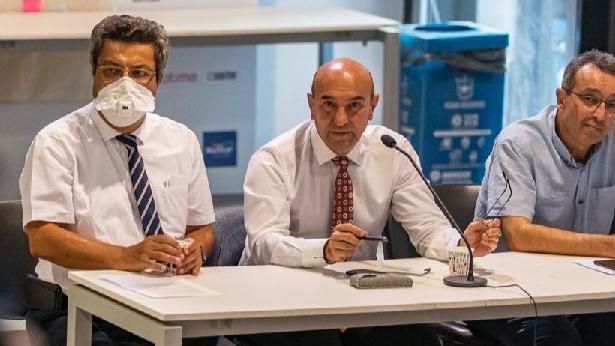