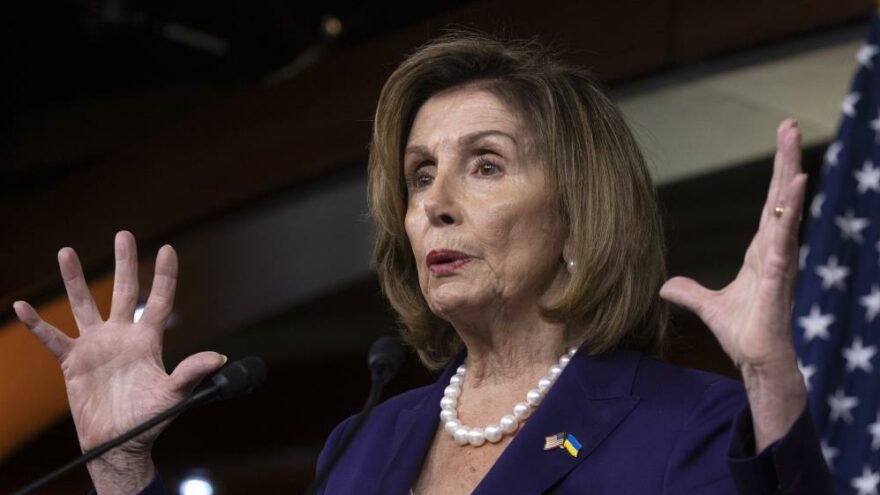 It is alleged that US House of Representatives Speaker Nancy Pelosi will also visit Taiwan within the framework of her Asian visit, which escalated tensions between Washington and Beijing. Taiwanese media reports based on diplomatic sources said Pelosi was expected to land at Songshan airport in the capital Taipei at 22:30 tomorrow.

It was also claimed that Pelosi would meet Taiwanese leader Tsai Ing-wen and some senior officials at 08:00 on Wednesday and leave the country in the afternoon. The news also mentioned that Taiwan’s security units would take the highest level of security measures for Pelosi’s visit.

A statement from the Chinese Foreign Ministry reiterated that the Beijing administration strongly opposes Pelosi’s visit to Taiwan. Foreign Ministry spokesman Zhao Lijian said China would take drastic measures to protect its sovereignty and territorial integrity and that the Chinese military would “not sit and watch” Pelosi’s visit. “We are fully prepared for any eventuality,” Legian said.

Ahead of Pelosini’s much-anticipated Asian trip to Singapore begins today, Pelosini’s office said in a statement yesterday, while Singapore, Malaysia, Japan and South Korea were included in the itinerary, Taiwan was not mentioned.

We can shoot down Pelosi’s plane

Pelosi’s possible trip to Taiwan has also been widely covered on social media. Hu Xijin, a former editor-in-chief of the Global Times, one of the ruling Communist Party’s media arm, said on Twitter that Chinese warplanes could interfere with Pelosi’s plane.

Journalist Hu said, “Our fighters must adopt all coercive methods. If these are still insufficient, I think it is appropriate for them to shoot down Pelosi’s plane.” Hu Zijin later announced that he deleted the post after his Twitter account was shut down.

Pelosi is known for attacking China

Pelosi, if she makes the above trip, would become the highest-ranking US official to visit Taiwan after 25 years. Republican Newt Ginrich, Speaker of the US House of Representatives, visited Taiwan in 1997.

Nancy Pelosi has long been known for her harsh criticism of China on issues of democracy and human rights. During his visit to Beijing in 1989, two years after the events of Tiananmen, Pelosi went to Tiananmen Square and unfurled a black banner with the inscription “Monument to those who died for democracy in China.” With the intervention of Chinese security forces, the banner was closed and Pelosi and his crew were removed from the square.

China considers Taiwan to be part of its territory, and while the Chinese administration wants to take over Taiwan’s administration in the name of ‘peaceful reunification’, it says it will not hesitate to use force for this purpose. In addition, other countries’ official contact with Taiwan is considered a “violation of sovereignty” by China.