After the monkeypox virus (monkeypox), which was first seen in Africa in the 70s, first emerged in the USA, a non-African country, in November 2021, the whole world was shaken by the worry of a new epidemic.

The World Health Organization (WHO) declared that there was no outbreak of the disease at a dangerous level at first. However, in 9 months this virus infected more than 18 thousand people in 78 countries.

In his statement a few days ago, WHO director Tedros Ghebreyesus noted that more than 70 percent of cases were seen in Europe, 25 percent in the United States, about 10 percent of patients requiring hospitalization, and monkeypox. A global emergency was declared.

In the United States, the San Francisco area of ​​the state of California and the state of New York, where the number of cases increased rapidly, were also declared public health emergencies the previous day. The first deaths from monkeypox outside Africa occurred the previous day in Brazil and Spain. 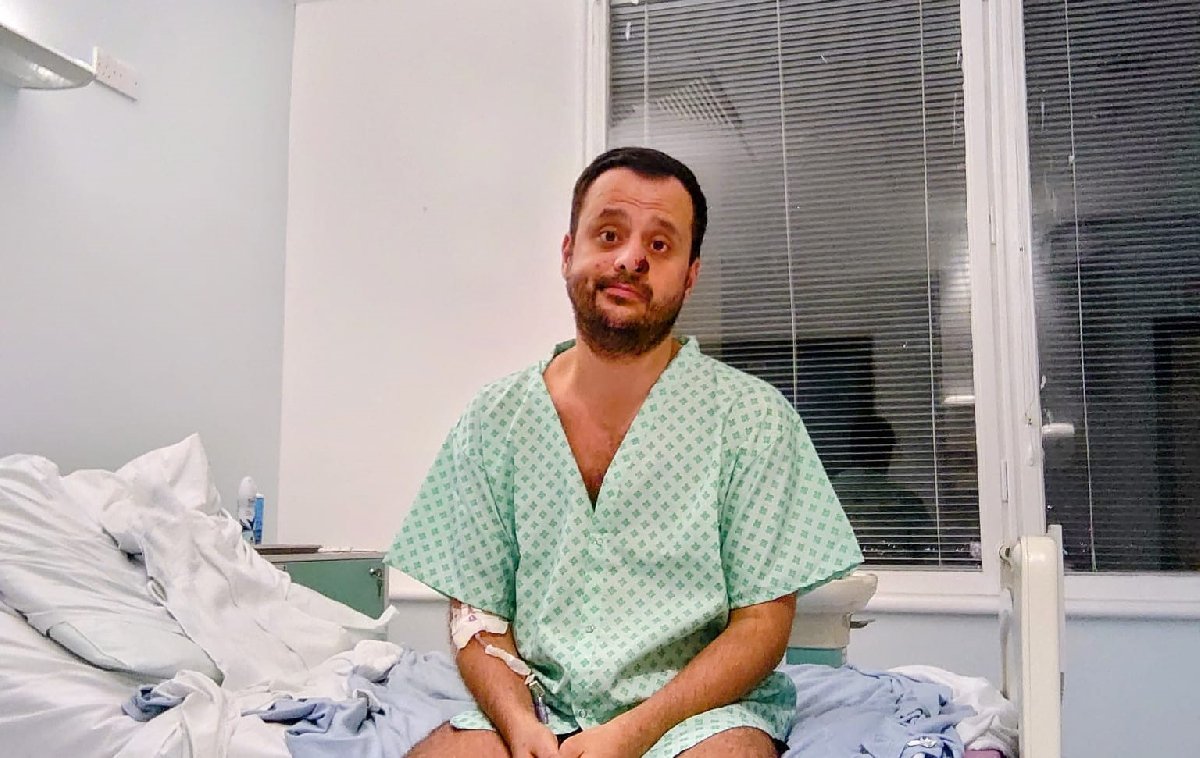 Turkish patient Harun Tulune, who was diagnosed with monkeypox in England’s capital London last June, became the first patient in Europe to openly share his experience of the disease on his social media. These explanations from Tuluna were also shared on the official sites of the United Nations (UN) and WHO. Tulune, who was once on the world’s agenda, spoke about her experiences. 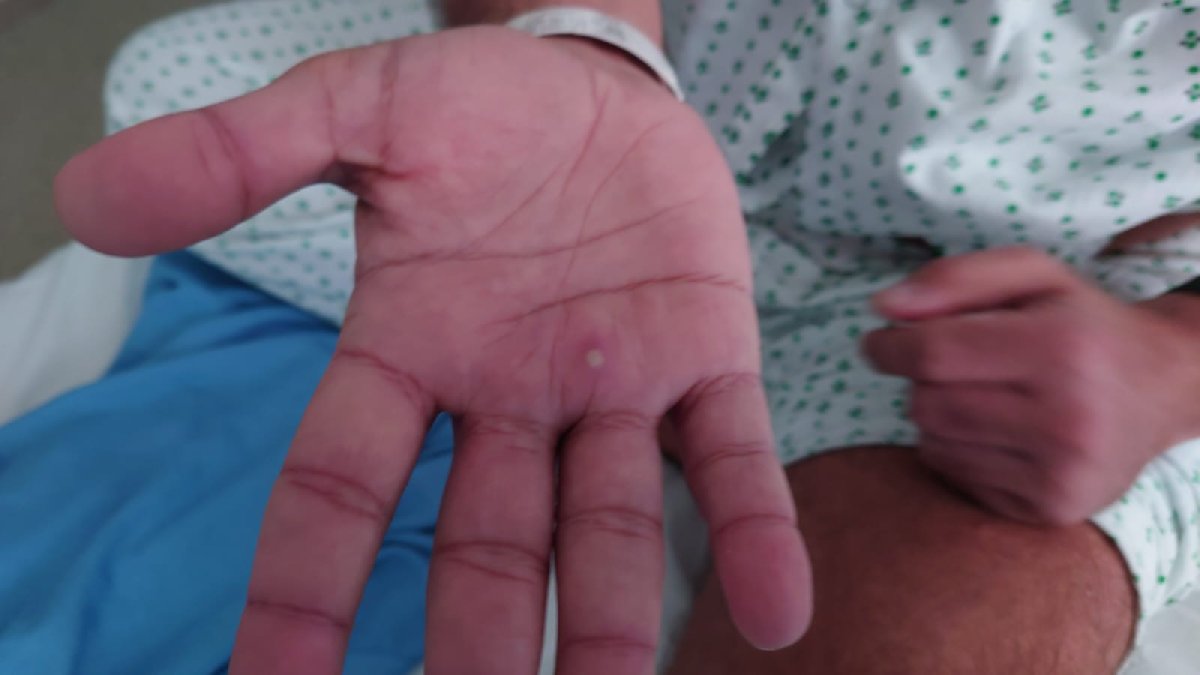 Tulune said that he immigrated to England in 2015 and was diagnosed with HIV in June 2016, and that he was caught with COVID during the pandemic period and summarized his experience with a diagnosis of monkeypox:

This year, again in June (around 12th 13th), I became ill with high fever and extreme chills, chills, profuse sweating, swollen lymph nodes. At first I thought I was covid because all viral infections start with almost the same symptoms. But I got 4-5 tests done, all came negative.

I thought I had a cold or severe flu. Although it’s been a week, my fever hasn’t gone down, on the contrary it has increased to 40 degrees. I called the ER, they told me to monitor my condition and call back if it got worse. Of course, this delayed my diagnosis of monkeypox.

A few days later, only a small sore appeared on my nose. Since the rash on my arms was due to a high fever and there were no extensive sores on my body, no one thought of monkeypox. There was a constant demand for another transition. Even in an emergency, penicillin (antibiotic) was given, assuming tonsillitis. This process took two weeks. When I couldn’t even swallow my saliva, they admitted me to the hospital. After 3 days, my test result came back positive and my treatment started. 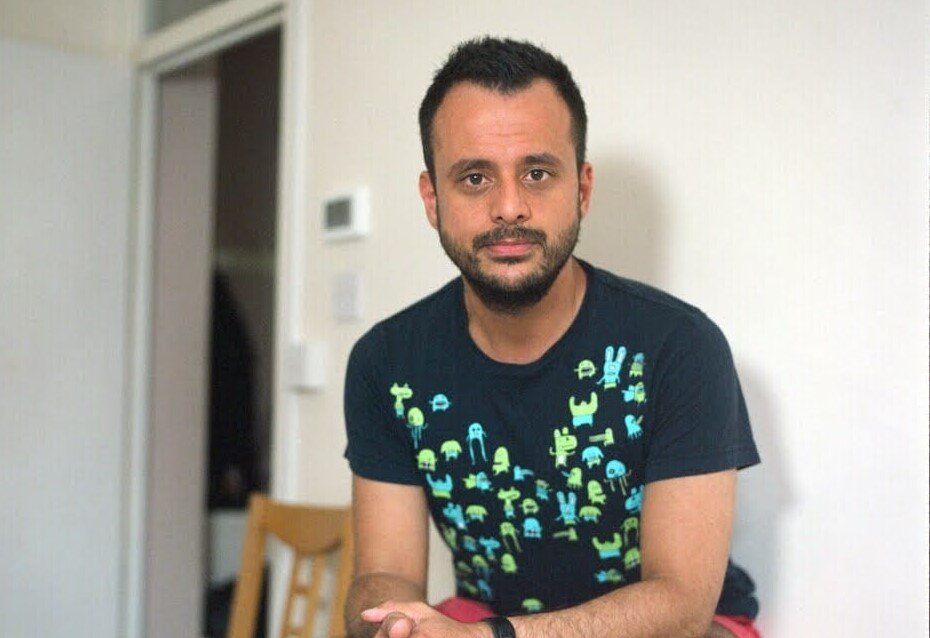 it was a really scary situation

Pointing out that going into quarantine alone in a room at the Royal Free London Hospital, with a disease that was first observed 30 years ago and whose current effects cannot be fully estimated, is a great blow. Creates, Tulune explained the feelings she experienced during the 11 days she spent in the hospital:

This is a hospital room with four walls, even the window cannot be opened. Doctors wear hazard suits (hazardous material suits, high security overalls) when entering, anything you touch at the entrance and exit is not touched, anything that enters your room can’t come out again Is. You can’t go out anyway, no one can come with you.

In those protective suits you are only seeing two eyes of your doctors. It’s scary, of course. In those days I was calling my friends here (in Turkey) and crying, am I dying? Nothing was getting better, I was in a state of extreme anxiety about what was happening. 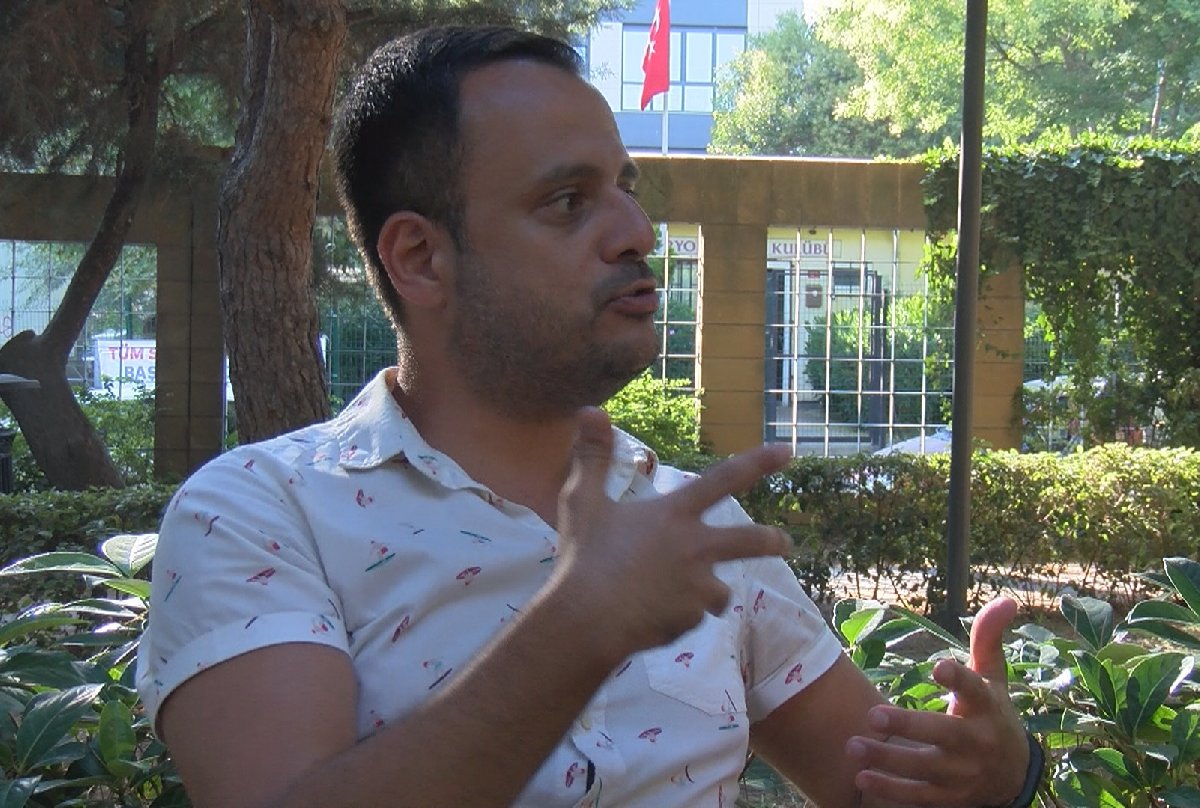 He was first diagnosed with HIV, then it was COVID, he said it was the worst

Emphasizing that he had no experience, including an HIV-positive diagnosis, Tulune explained that the uncertainty created by the disease is bad enough, but that living with the stigma is more shocking, adding:

When I got HIV I was symptom free, treatment was started and my viral load was reset with no side effects, thankfully my infection is gone. I have had covid twice. It was mild thanks to my vaccinations. I was not so afraid of them. After leaving the hospital with monkeypox, you will have to stay indoors until all the wounds are gone.

It is not clear how long this will take. For example, we used to say 10-14 days in corona virus. All those uncertainties were so psychologically depressing. But most of all, after I shared my illness experience (on social media), people’s negative reactions were waning. I work as an education coordinator for an HIV association in the UK.

Unfortunately, people still approach HIV with stigma, as they persist in those HIV cases that turned into AIDS 30-40 years ago with information about HIV. HIV was once thought to be a disease of homosexuals only, but today it has proved to be more common among heterosexuals. Unfortunately, now we see the same stigma in the monkey flower. However, a lot of misinformation has been spread about this disease. 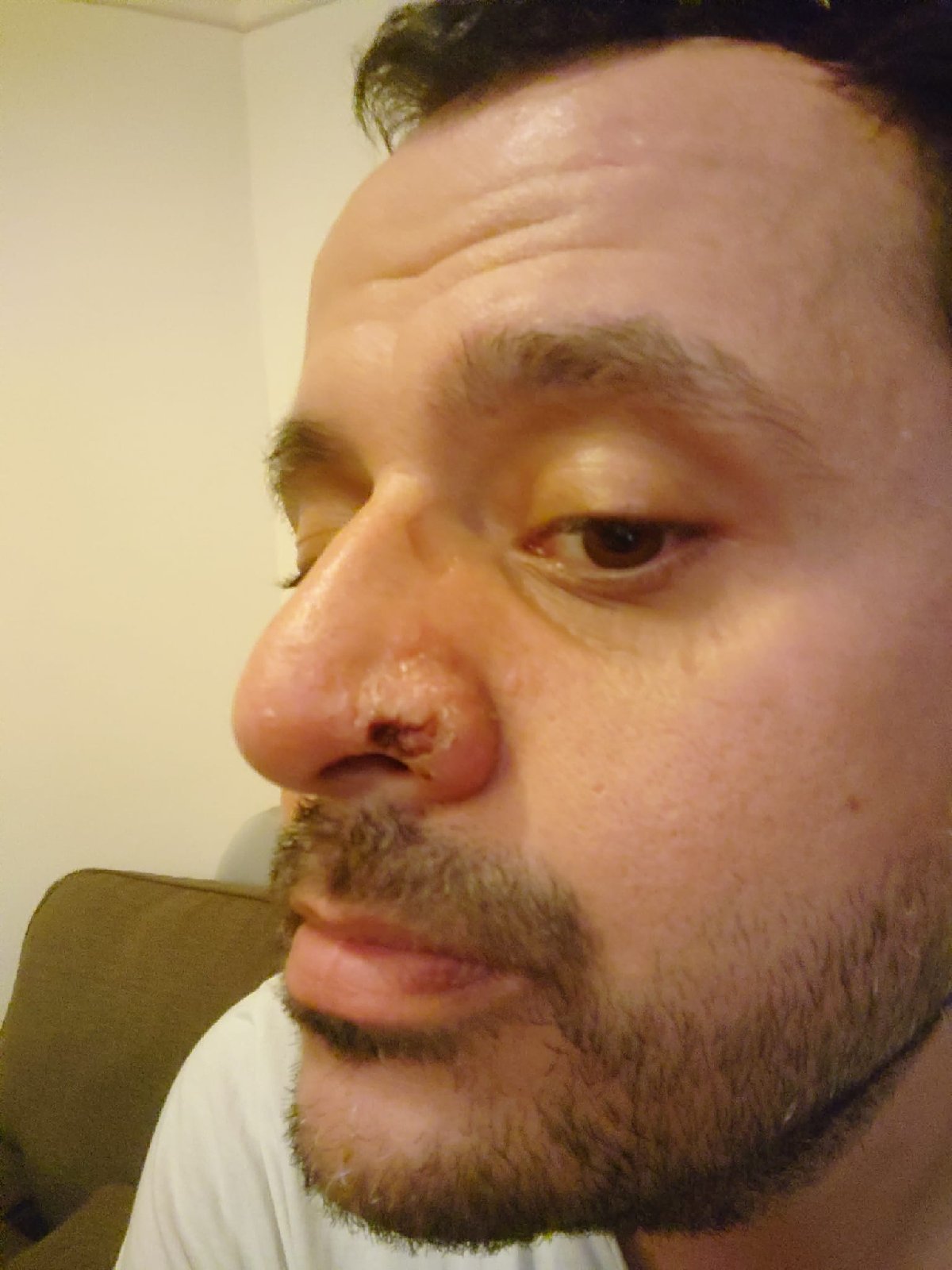 Explaining that the WHO president issued a statement thanking those who shared their experiences with the disease after the shares they made during their days in hospital, Tulunay continued his words as follows:

Recently, a new statement has been published on the transmission routes of the disease, and it was stated by WHO that it can also be transmitted from people you dance side by side for a long time. Since I was the first patient in Europe to openly explain my experience of the disease on social media, they explained that they wanted to share this experience with all the countries of the world, as well as the photos and videos I took in the hospital. With videos, and that they want to run awareness campaigns using them. I gladly accepted and suddenly I was in the position of representative of the disease.

Fear of stigma is more dangerous than virus

Pointing out that fears of stigma spread the virus even faster, Tulune stressed the importance of accurate information for all segments and made an important call:

Most people probably see the wound, but because they think it will be tarnished, they are afraid and don’t go to the doctor. Or they don’t put it on themselves because they think it’s only for gay people. They keep spreading without realizing it. Unfortunately, I just went to a dermatologist in Istanbul today, and because he remembered me from the news in the middle of the exam, he interrupted the exam (thinking I’d be sick) and took me out of the clinic.

At the outset, I worry a lot that we’ll create a treatable disease that we can prevent, even worse, by scaring people off because of the stigma. If precautions are not taken, it can put a serious burden on the health system.

In this regard, the Ministry of Health and the state authorities should immediately inform the public and especially the emergency physicians and family physicians both correctly so that people who come with such symptoms can also be tested for monkeypox. There is also a vaccine, and the vaccine must be ordered and distributed to risk groups as soon as possible.

Emphasizing that the infectious period of the disease ends only with the healing of wounds in the body, Harun Tulune concludes his words as follows:

If you still have scaly sores and blisters on your body, you are still contagious. How long it takes is completely up to you. It could be 2 weeks, it could be 1 month. Took 2.5 weeks for me. I think I caught the disease from common items I used with a friend who lived at my house. Apart from the wound on my nose, there was no wound anywhere on my body.

My throat just got sore. I would love to clear this misunderstanding. Monkey pox is not just a sexually transmitted disease. Until now, it was mostly seen in Africa regardless of gender. For example, if we look at the world now, it is found that about 14-15 housewives are infected in America.

It was announced that it was transmitted to pregnant women, it appeared in children. There are 18 thousand cases worldwide and the number declared is increasing every 5 days. So it is a disease that can affect anyone. But initially people were constantly given wrong information. It only affects homosexual individuals, and is very common among a certain group of people. This results in other people not being protected, perhaps even infecting their children, spouses, those at high risk. (DHA)