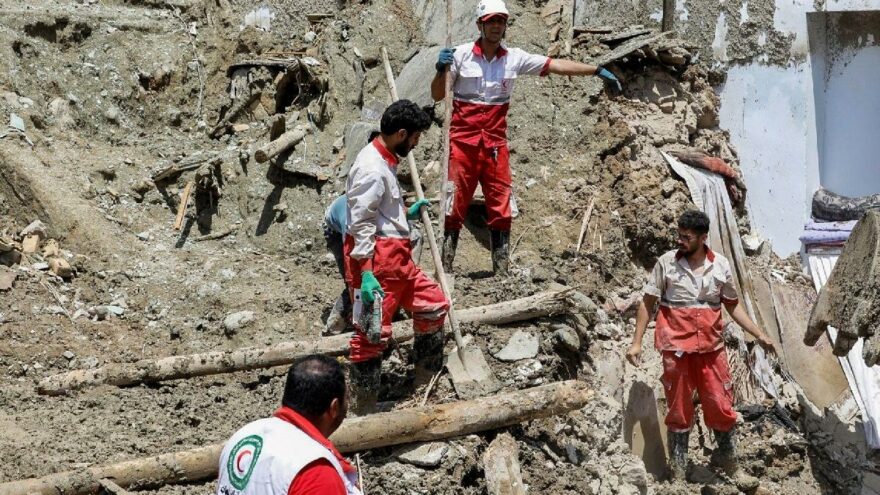 The death toll in a flood disaster triggered by heavy rains that began last week in Iran has risen to 69 and affected the country.

Iranian Red Crescent Relief and Rescue Head Mehdi Velipur said in a statement that the provinces of Tehran, Loristan, Chaharmahal and Bakhtiyari, Isfahan and Yazd were most affected by the floods affecting 21 states in the country. Velipur said in its statement, “In the latest figures, the death toll due to floods has increased to 69 and 45 people are still missing.”

Nejad Sehani, deputy general coordinator of the Iran Crisis Management Institution, said the maximum loss of life and property in the flood disaster occurred in the capital Tehran, as well as 32 people lost their lives due to flooding in the capital Tehran. Sehani said that the floods have caused huge damage across the country and 20,000 houses have been damaged in the flood disasters. Of these, 13,000 houses need to be rebuilt. He said that 7 thousand houses have become completely unusable.

The Iranian Meteorological Directorate said in a statement that rain would continue throughout the week across the country and warned people to stay away from rivers and river beds. In 2019, 76 people died in floods caused by heavy rains in southern Iran.