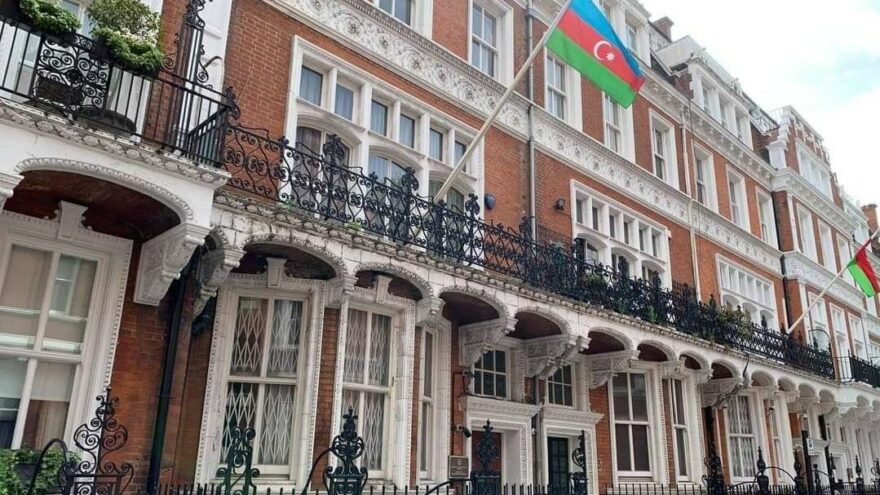 According to a statement made by Azerbaijan’s foreign ministry, a group entered the embassy building in London and committed an act of vandalism. Raising slogans, the attackers lowered the flag of Azerbaijan on the balcony of the building. Following the attack, London police detained members of the group, who raided the Azerbaijani Embassy in London.

In a written statement from the ministry, members of the group were taken out of the building and detained following the intervention of the local police. No embassy staff was injured in the incident. “A warning regarding the security of diplomats and diplomatic premises under the Vienna Convention has been brought to the attention of the UK authorities through diplomatic channels.”