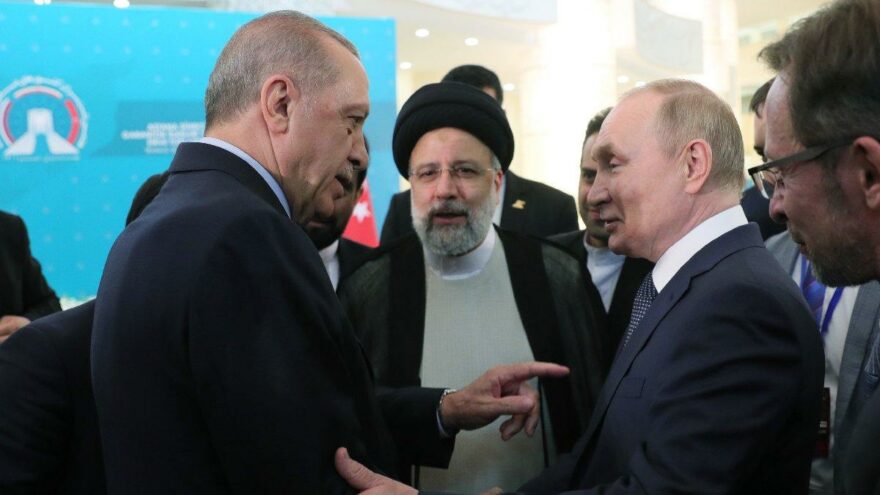 President Erdogan and Russian leader Putin, who met in Iran’s capital Tehran some time ago, are preparing to meet again in Sochi today.

In the analysis, which suggested that the agenda of the two names was intense, it was said that ending the war in Ukraine and conducting a military operation against Syria would dominate the talks to be held today. Although it is noted that Erdogan, who mediates on the grain corridor, is expected to use this success, there are tensions on the issue. Last month, in Tehran, Putin reminded Erdogan that he was against Turkey launching a military operation in northern Syria.

Pointing out that the two countries are on opposite sides in Syria, Putin supports Syrian leader Bashar Assad and backs the Turkish opposition, the article also claimed that Russia wants Turkish drones.

Will they wait again?

The incident that marked the meeting in Tehran last month was that President Erdogan made Putin wait in a room full of cameras for about 1 minute. During his visit to Russia in 2020, President Erdogan and his delegation had to wait for Putin for minutes. Images of the Turkish delegation waiting for Putin along with a counter were broadcast on Russian state television.

AFP said if there was an unexpected source of tension between the two leaders, it would be a matter of how they would meet. Because both names started appearing chronologically late. Erdogan waited about 50 seconds before welcoming Putin. During this wait, Turkish news agencies kept a close eye on Putin and revealed his facial expressions and movements. The agency claimed that Erdogan made Putin wait in response to the situation he experienced in 2020.