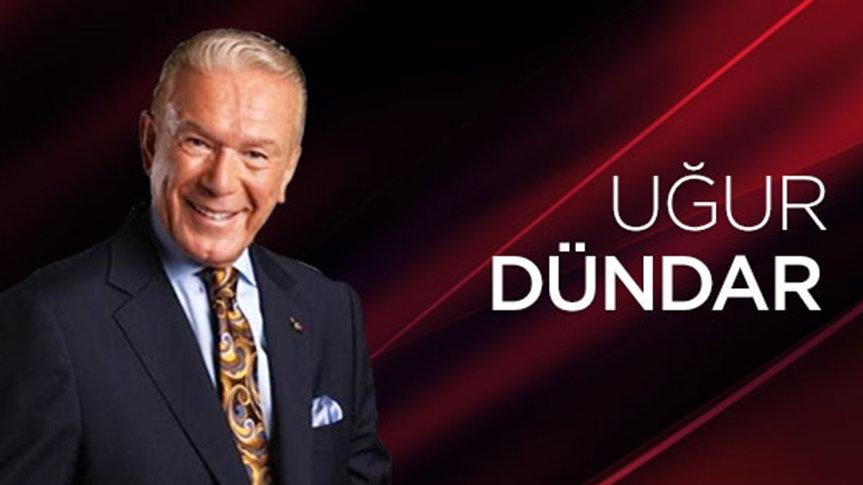 In this interview with retired ambassador krü Elekdağ, whose predictions turned out to be true, we talk about the decisions taken and recent developments at the Madrid summit of NATO.

KRÜ ELEKDAĞ (ŞE): The first thing that comes to mind when reading the new concept is the original argument of the famous American strategist John Spikeman on which the US national strategy is based, and the famous political scientist Samuel Huntington’s way of defining it. 21st century. Spikeman defines the basic premise of American strategy as: “The hegemony of one or more states in Europe and the surrounding belt of Asia would have disastrous consequences for the interests of the United States. America must certainly not allow this.” and maintain a presence that can strike a balance in these areas.” In my opinion, the new NATO “strategic concept”, which should be evaluated with the Madrid NATO summit, the final declaration, is designed in such a way as to actually achieve this objective. The most important function of NATO is to be the platform that allows the US to maintain its military and political presence in Europe and to provide a legal basis for it. The primary purpose of the document is to strengthen NATO’s important partnership between Europe and North America and to emphasize the inseparability of the destinies of Europe and North America. The document records Russia as the biggest and direct threat to security, and sees China as a source of concern and a strategic competitor “in terms of interests, security and values”. The development of relations between these two states into a military alliance is described as a potential threat, and the document also states that they are open to constructive engagement with China. Importantly, by inviting Australia, Japan, New Zealand and South Korea to the summit, NATO is turning its face to the Asia-Pacific and prioritizing expansion projects in the region on the alliance’s agenda. The project to be commissioned is part of a grand design to encircle the second target, China. NATO has also taken very important and comprehensive decisions to strengthen its military infrastructure. The prepared force, which is currently around 40 thousand, has been increased to 300 thousand and one of these measures is to raise them to a high level of readiness by next year. As a result, NATO, once described as “brain dead”, is on its way to being revived and strengthened as a military and political bloc as a coalition of democracies against China and Russia.

(UD): What is Samuel Huntington’s contribution to your assessment?

(ŞE): As will be recalled, Huntington defined our century as “the century of the struggle of civilizations”. NATO’s “strategic concept” also predicts that we will live in a world divided between East and West in opposing ideological poles, as it was during the Cold War.

Cold war between democracy and autocracy will escalate

(UD): Is this model becoming a new Cold War?

(ŞE): NATO’s “strategic concept” draws a sharp distinction between a pole that accepts a rules-based international order and a pole that opposes or wishes to replace it. NATO states led by the United States form the first group as democracies, while the Eurasian-Pacific bloc led by China and Russia form the second group as autocratic countries. I predict that this cold war between democracy and autocracy will deepen because of the sanctions imposed on Russia by the United States and the European Union.

(UD): So where will Turkey stand in this tense global environment? Will it be able to maintain its strategic ties with the West?

(ŞE): President Erdoan’s vague statements on the issue create the impression that Turkey faces a dilemma in determining its place in the new global order. In fact, at a press conference after the Madrid summit, he made the following statement regarding our foreign policy: “As long as we follow our independent foreign policy, we will continue to make the necessary contribution to NATO in the spirit of the alliance. We want to conduct politics through balancing policies, not fighting policies.”

The president also emphasized that Turkey will pursue a policy that emphasizes balance, in contrast to the US and UK, which favor a hard line against Russia. As a justification for this policy, the President noted that 40% of Turkey’s natural gas needs are supplied from Russia, that a nuclear power plant was built in Akkuyu by Russia, and that our defense industry with Russia There are relations.

(UD): Wouldn’t the United States and other allies react to Turkey being a NATO member and benefiting from the alliance’s assurances, as well as following a contrarian Russian policy?

(ŞE): With this statement, Erdoan plans to deliver a calculated message to the United States, NATO, and Russia. His message to the United States/NATO is as follows: “As long as the Ukraine war continues, a dialogue channel with Russia must be open in terms of both humanitarian aid and peace initiatives. In fact, the Black Sea opening is a Turkish initiative.” The grain corridor with Russia has been praised by the international community. In this regard, Turkey should be shown understanding to maintain its relations with Russia at a normal level.” One of Erdogan’s calculations is that he would not want to cause problems with Ankara at a time when Ukraine and the Black Sea basin had become the epicenter of a power struggle between the West and Russia, and the United States would ask Turkey to act. was trying to persuade. An important mission in this conflict. Erdogan’s most important message is addressed to Putin. This message has the following content: “I am going to the polls in an environment of great economic crisis. Oh, don’t cut the gas!… Also, there should be no disruption in tourism and business relations. As can be seen, as long as the Ukraine war continues, it may be possible for Erdoan to continue this bilateral policy for some time. But as the Ukraine war progresses, this policy is bound to fall into crisis.

(UD): Before we get into the US military mission on Turkey, let’s take the issue of the F-16. Why is it so important to buy these new model F-16s and modernization kits from the USA?

(ŞE): The Hellenic Air Force, which is still undergoing an extensive F-16 modernization, has reached an improved position in Turkey with the delivery of 24 Rafale fighter jets purchased from France, in addition to the aircraft in its inventory. In addition, Washington has promised to supply 20 F-35s to Athens. In this case, if the Turkish Air Force is not reinforced with 40 Blok 70 F-16s and its existing aircraft are not modernized, it will lose its air superiority against Greece in 5-8 years. Such an advantage would prompt Athens to increase the territorial waters of the islands in the Aegean Sea by 12 miles, turning this sea into a Greek lake. In 1995 there is a decision of the Turkish Grand National Assembly which considers an increase in Greece’s territorial waters above 6 miles (casus belli) as the cause of the war. This decision has so far prevented Greece from expanding its territorial waters into the Aegean. However, the legality of this deterrent and the credibility of Greece depend on Turkey’s air superiority over Greece. In this case, it would not be wrong to say that the supply of the F-16 package is important and even critical for Turkey.

(UD): Two legal processes have been initiated in the US Congress on this issue.

(ŞE): Biden has taken no concrete steps to fulfill his promise to Erdogan in Madrid that the F-16 would be supplied to Turkey. The administration did not give Congress any formal notice of the sale. My sources say that the issue will be extended indefinitely till the end of the year.

(UD): Can’t President Erdogan say, “If you don’t have your say about the F-16, the Turkish Grand National Assembly will not allow Sweden and Finland to join NATO”?

(ŞE): In the next short period of time, the parliaments of NATO member states will approve the membership of the two Scandinavian countries, and when it comes to Turkey, Washington will say to Ankara, “If you don’t approve, it will be F. The sale of 16 would be more difficult to pass through to Congress.” President Trump’s “I will destroy your economy” message in the event of Pastor Brunson’s ouster in 2018 has not been erased from the government’s mind. Therefore, he cannot oppose Washington in such incidents. As far as the process initiated by the Greek lobby in the House of Representatives is concerned, it seems that Ankara did not attach much importance to it. Because the condition of “6 miles of territorial waters to 10 miles of airspace”, which the bill seeks to impose on Turkey, is also not accepted by the United States, as it is against international air law.

(UD): Now, let’s come to the military mission that you mentioned at the beginning of our conversation.

US wants Turkey to participate in Russia’s nomination strategy

(ŞE): Washington wants Turkey to be on its side in its strategy of encircling and suppressing Russia, which is its main target in Black Sea geopolitics. Washington attaches great importance to establishing a joint Black Sea NATO naval force to keep Russia under pressure in the region, joined by Turkey, Bulgaria, Romania and Georgia and supported by US air power. Due to the low military potential of other Black Sea littoral states, the project could only become an effective military presence with Turkish participation. The reason why this has not been realized so far is that Turkey keeps a distance from the project. Due to the Ukrainian War, the Black Sea basin has become the center of a power struggle between the West and Russia. This has resulted in a very tense political climate, as it was during the Cold War years. In that case, if Turkey were to join a NATO naval force, Ankara could find itself in conflict with Russia against its will, with the dangerous spread of a small spark. Of course, the issue also has a Montreux Convention dimension. If NATO participates in the Black Sea power, it will not be possible for Turkey to implement the Montreux Convention fairly and fairly. Washington envisages using all the pressure at its disposal to break Turkey’s resistance on the issue.

(SE): Yes! The Biden administration uses excessive anti-Turkish sentiment in Congress as an excuse, arguing that to overcome this, it is necessary to persuade Congress to stop the sale and show a strong justification for it. The necessary justification for persuading Congress to sell the F-16 is Turkey’s involvement in NATO’s Black Sea Fleet. The Biden administration uses another element of pressure to get Turkey to accept this mission. This is to establish a network of bases in Greece and to manufacture excessive weapons. Even though he says he is doing this to consolidate NATO power, another objective he pursues is to create an environment in the region that is to make a strategic alternative to Turkish and Inkrelic bases, and “Obedience” (absolute obedience) to Ankara itself.

(UD): This is two-pronged pressure exerted on Turkey by the Biden administration.

(ŞE): Yes, if Turkey does not pledge allegiance to the Black Sea mission, it cannot obtain an F-16, it loses the balance of power in the Aegean and invites a Greek invasion.

(UD): Defense Minister Hulusi Akar answered a question about the F-16 as follows: “We hope that the outcome will be positive. Otherwise the options are too many now. We can devise a solution against it.” are” (AA, 01. 08. 2022). so she said no worries

(ŞE): Turkey continues to be embargoed by the Western world’s vested weapons. Of course, this also has the implication that “we will buy aircraft from Russia or China”. However, if we don’t hesitate to activate the S-400 that we bought with a warp of $2.5 billion, and put them in their boxes, such words could be worth it!..