Chef Erdal Yesilurt, 33, who lives in Istanbul, had laser waxing at a beauty center in Bagsilar, where he went to remove his cheeks on the advice of his friend.

The fifth session, which began late last year, was held on February 20. Yesilert, who claimed he had suffered burns on his face during the procedure, said he was treated at the hospital. She filed a criminal complaint against the beauty center.

I hold your hand, I burn I said that’s enough

Erdal Yeşilyurt, who said he was a victim of laser waxing, explained what happened:

I had a lot of hair on my cheeks. I just went to the clinic in Basklar to get those hair removed. He set the temperature to 26 degrees instead of 5. It’s like the man is welding my face. I realized that my face was burning, I held his hand, I said wait, I got burnt, enough. He said it was slightly scorched.

The pain was such that I got up to go out. I went to the elevator, looked in the mirror, a yellow pus was running down my face.

Explaining that it was the first time he met the owner of the clinic, Yeliurt said that such small things can happen. 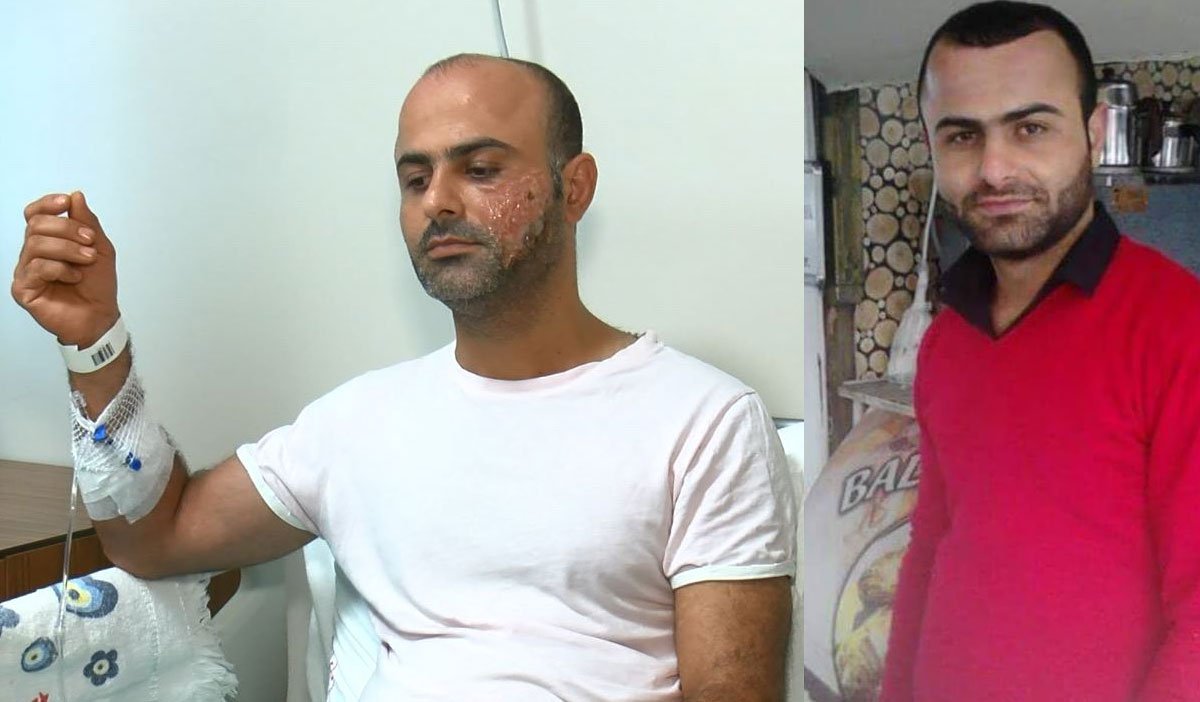 Pointing out that he had been reported to have had a third degree burn on his face at Basicar Training and Research Hospital, I said that I was a diabetic at Yesilert, and asked to act accordingly. I am like this for 5 months. I’m being treated, it’s getting better, but it’s coming back again. I am constantly changing jobs. Since I am a cook, it can get infected in my work environment. I want to get rid of this situation, whether they are transplanting tissues, sending them abroad, or whatever they are doing. They say to me that you have healed and thus turned away. How can someone do that to their face? “Am I pouring acid on my face?” he said.

Beauty Center: She Didn’t Tell Us She Has Diabetes

In the statement provided by the Beauty Center where Erdl Yeliurt made a criminal complaint, we asked him if he felt any discomfort when he came to us. He said that he did not have any disease. They got service from us for 4 months. That’s when it happened. We have done and will continue to do everything physically and spiritually for Erdal Yesilurt from day one till today. He did not say that he had diabetes. It was said that under normal circumstances it is processed accordingly.

Diabetes can sometimes chronicize such lesions.

Our patient had laser application 5 months back. He got himself treated in various hospitals on his damaged face, but the wounds on his face had grown again. It came to us 5 days ago.

We look for many causes in these long-lasting, non-healing wounds. We are considering a tissue biopsy this Monday. There may be marks in some areas. Our patient has diabetes, and he can sometimes turn such wounds into chronic ones.

This can lead to more inflammation. In order to pay attention to the sanitary condition in the wound, we decided to hospitalize the patient.

Some areas on the patient’s face are deep, third-degree wounds. People should be very careful about the environment where such laser and cosmetic applications will be carried out. (DHA)