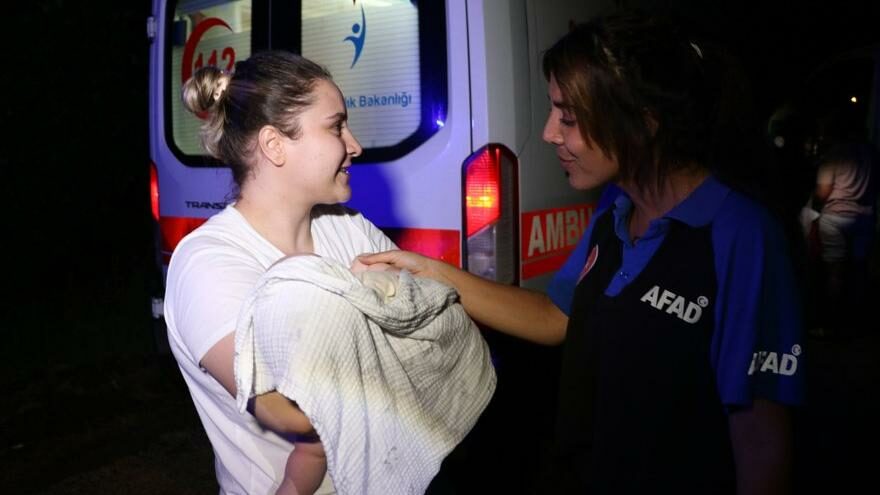 Sudden heavy rains in Edirne brought life to a standstill in many parts of the city. A family picnicking in the Bosniakoye area of ​​Edirne was stuck with their child due to heavy rain.

After the notification, AFAD, gendarmerie and medical teams were dispatched to the spot. The teams that went to the designated area rescued the young child and his family. After the medical team examined the spot, he was taken to the family home.

we came on the main road

The child’s father, Aytak Airplane, said that they could not leave the area with their cars as the rain suddenly showed its effect, adding, “We could not go out because of the puddles and mud on the roads. We called the 112 emergency call center and asked for help. Our gendarmerie teams reached out to us. Later, as soon as the AFAD teams got our position, we came close to them and helped them. Since my wife and kids were left behind, AFAD vehicle went there and rescued them. Here also the medical teams did their treatment. We walked through the area where we were stuck on the main road. AFAD teams took our wives and children from there and delivered them to us. Thank you for helping us.”

the roads are mud

Explaining that they were stuck in the village due to heavy rains, Zuhal Toksoz said, “We asked for help as the child had no food left. He is currently being treated in an ambulance. Though we had 2 vehicles, we could not move out of the area due to puddles and muddy road. (UAV)